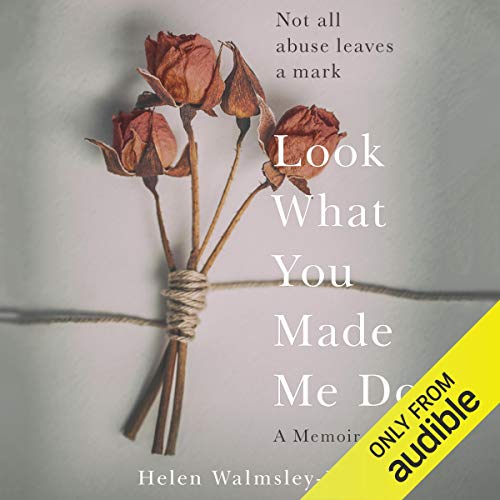 Look What You Made Me Do

For more than two years, BBC Radio 4's The Archers ran a disturbing storyline centred on Helen Tichener's abuse at the hands of her husband Rob. Not the kind of abuse that leaves a bruise, but the sort of coercive control that breaks your spirit and makes it almost impossible to walk away.

As she listened to the unfolding story, Helen Walmsley-Johnson was forced to confront her own agonising past. Helen's first husband controlled her life, from the people she saw to what was in her bank account. He alienated her from friends and family, and even from their three daughters. Eventually, he threw her out and she painfully began to rebuild her life.

Then, divorced and in her early 40s, she met Franc. Kind, charming, considerate Franc. For 10 years she would be in his thrall, even when he too was telling her what to wear, what to eat, even what to think.

Look What You Made Me Do is her candid and utterly gripping memoir of how she was trapped by a smiling abuser, not once but twice. It is a vital guide to recognising, understanding and surviving this sinister form of abuse and its often terrible legacy. It is also an inspirational account of how one woman found the courage to walk away.

So many relatable thoughts

Helen wrote out so much. Not only the objective facts of her abuse but also the intricate thoughts and feelings behind her situation. The story is a well of validation for not only the victims of physical abuse but the victims of coercive control. I remember thinking, "I wish he'd just hit me so I'd have a real excuse to leave." Physical abuse is not the only kind of domestic abuse.

incredible book. incredible woman. highly recommend to anyone, particularly to women so they can know what to look for/avoid in a partner!

Thank you for sharing yourself with us Helen. Beautifully written and beautifully read. Highly recommend