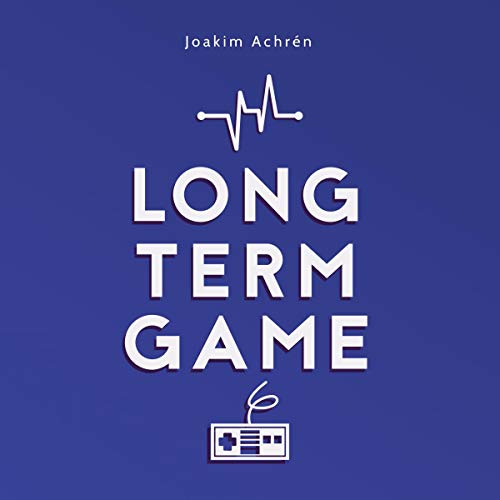 In Long Term Game, Joakim Achrén, former co-founder of Next Games, draws upon years of experience in gaming startups to provide clear and honest guidance on how to found and build a thriving games company.

Building a games company is usually thought to be by trial and error. But in the real world, this isn’t an effective way. It causes lots of misery and needless pain for entrepreneurs, who all go through the same mistakes. They are all suffering from failures that are so common for gaming startups.

This book was created so that gaming entrepreneurs would have a resource - a guiding manual for finding clarity in their quest to build a games company. This audiobook is intended for people who are interested in founding and building a games company. It covers aspects of putting together the idea for the company, the founding team, raising capital, validating your assumptions, and details on everything that can go wrong in the games business.

About the author: The author of this book Joakim Achrén is the founder and CEO of Elite Game Developers, a company based in Helsinki, Finland, that helps gaming entrepreneurs in starting their first games company.

Joakim has gone through the venture capital fundraising process several times and has raised over $50 million in venture funding over his 15-year career as an entrepreneur.

Must read for any entrepreneur in game industry

A great deal of the inside knowledge from the most experienced gaming entrepreneurs and investors. This book is a must read specially for game developers involved as founders and ones that are seeking become founders in near future.

Joakim is one of the top resources in the industry.

Thank you for writing this book for all of us!

A manual for running a game studio

Everything described here is legit. Too bad we only appreciate the insights after we’ve made the mistakes :)

Excellent Book for anyone who starts a game studio

The best guide you can find about starting and running a game studio.
It covers all the most important topics you need. You can dive deeper into his website and blog.