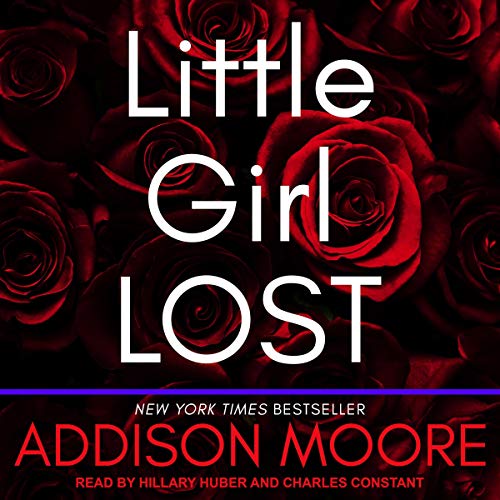 A couple's six-year-old daughter befriends a strange young girl and the pair vanishes into thin air.

Allison and James Price move to the navy-blue forests of Concordia, Idaho, hoping to leave behind the chaos of Los Angeles and the painful memories of his indiscretions. Once settled in the picturesque town, where time seems to have stalled and life moves at a slower pace, their six-year-old daughter, Reagan, befriends a mysterious young girl who seems too idyllic to be true with her pressed pinafores and perfectly curled pigtails. One late autumn evening, as their playdate winds down, both girls vanish into thin air. The little girl said she lived at the end of the street but the only thing Allison and James find at the end of the cul-de-sac is the gaping mouth of the forest. Their little girl, the mysterious playmate - they're both gone.

Everyone is looking for Reagan.

Nobody has come forward to claim the mysterious little girl.

Both Allison and James look guilty as hell.

The narrators saved this book from getting a "1 star" review.

The narration of this book was superb . Hillary Huber is one of my favorite narrators and was the primary reason why I selected this title.

The plot of this book was not credible/believable and this fact alone made this an 8.5 hour waste of my time. Also, kidnapping books are usually very fast-paced and this story just seemed to drag. I am unable to give specific examples because I don't want to include any spoiler information in this review.

Audible has sooooo many amazing books and this title is not one of them.

I loved the story! The voice acting could have been a little better in my opinion, but overall it was pretty good! A decent mystery with some good side stories that all get a satisfying ending.