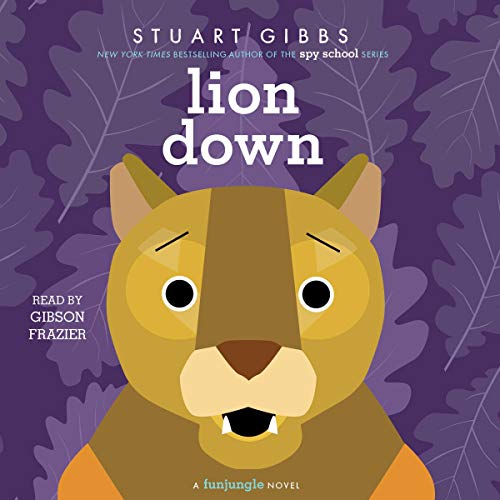 For once, operations at the enormous zoo/theme park appear to be running smoothly (except for the occasional herring-related mishap in the penguin exhibit) and Teddy Fitzroy is finally able to give detective work a rest. But then a local lion is accused of killing a famous dog - and the dog’s owner, an inflammatory radio host, goes on a crusade to have the cat declared a nuisance so it can be hunted. But it looks like the lion might have been framed, and a renegade animal activist wants Teddy and Summer to help prove it. Soon, Teddy finds himself wrapped up in the middle of his most bizarre, hilarious, and dangerous case yet.

I love this series and this book was amazing. I recommend that you listen to this!

Stuart Gibbs is a master with words and he shows that once again in the new FunJungle story! Would definitely recommend!

This book was REALLY good I loved it in book form and audio book form. I listened to it almost non-stop!

I finished this in less than 24 hours because it was such a great book. I recommend it to all of you!!!!!

This book is just a big political statement.

This book is just a big political statement. If you are not a liberal I do not recommend this book. I don't understand how animal activists like Gibbs can go on and on about endangered species when thousands of babies are aborted a day.