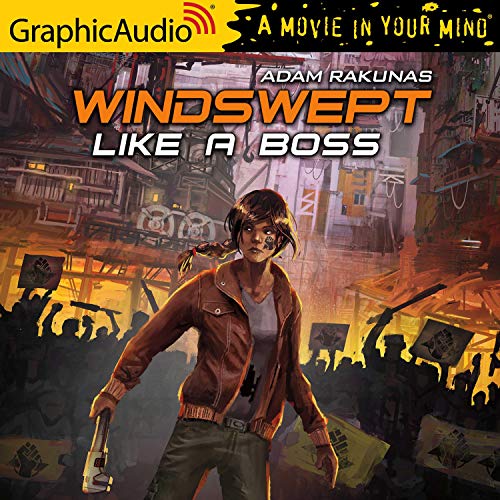 In this breathless and hilarious follow up to Windswept, former labor organiser Padma Mehta's worst nightmare comes true: She gets yanked out of early retirement.

After buying her favourite rum distillery and settling down, she thought she'd heard the last of her arch nemesis, Evanrute Saarien. But Saarien, fresh out of prison for his misdeeds in Windswept, has just fabricated a new religion, positioning himself as its holy leader. He's telling his congregation to go on strike, to fight the system. And unfortunately, they're listening to him.

I enjoy many of the graphic audio stories that Audible has added but the eating and drinking mouth noises in this series particularly are just gross. I don’t know anyone who makes that much smacking noise when eating or drinking and it feels forced which is hard to believe an editor would allow. I know there is a small group of people out there with a fetish for this but I don’t know any. I had to remove my earbuds and skip past the spots so it made the story disjointed at parts.