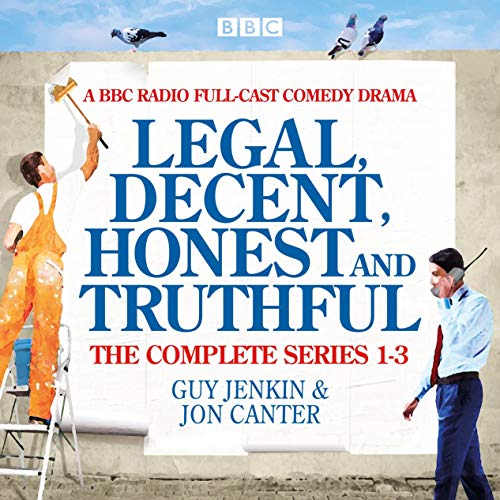 Martin Jarvis stars in this BBC radio satire set in the competitive world of advertising.

Happiness...is a career in advertising. Or is it? Activist turned Ad Writer Ken Handley isn't so sure. Back in the day, he used to hitch-hike and attend peace protests. Now, he finds himself writing copy for the Conservative Party and extolling the virtues of products he hates - while also coping with a drunken boss, strait-laced colleagues and an overactive mind.

Over three series, we follow his exploits and moral dilemmas as he grapples with the challenges of winning accounts, presenting to clients and dealing with the women in his life. A pitch for a motorway services chain drives him round the bend, a seven-foot squirrel nearly sends him nuts and he faces his own emergency when he's coerced into a Samaritans campaign. On the domestic front, Ken's got a divorce and a new home to contend with - but things start looking up when leggy model April comes on the scene....

Produced by Geoffrey Perkins (Series 1) and Pete Atkin (Series 2 and 3).