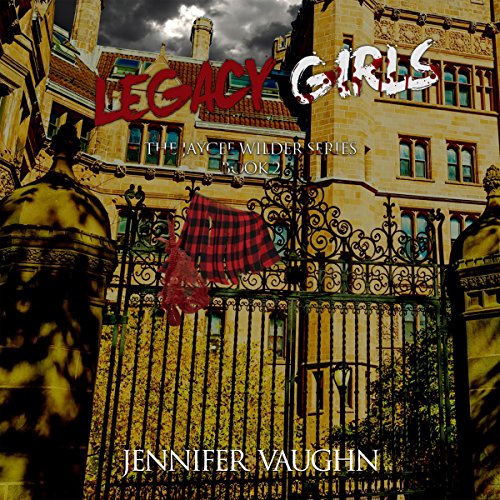 Los Angeles TV reporter Jaycee Wilder fled her woodsy New Hampshire hometown long ago, but when she gets word her teenage cousin has gone missing from the elite boarding school she attends on scholarship, Jaycee answers the urgent plea for help. Despite having narrowly survived the clutches of a serial killer herself, the intrepid storyteller and amateur investigator rushes back to the family she barely remembers and the wintry campus of an illustrious academy known for grooming the next generation of society's most privileged members. But just below the pristine surface of school uniforms and wistful first crushes, Jaycee learns of a lurid opportunity that exists for a daring few.

As Jaycee penetrates her cousin's pubescent inner circle, she uncovers a world where innocence is lewdly corrupted, and secrets are too lucrative to expose. Sifting through rumors and myths, Jaycee builds a fondness for the spirited young cousin she never took the time to know, but is growing desperate to find. Relying on her own skills, and those of her trusted police source, James Barton, she follows a trail that takes her to a secluded estate in the state's northernmost territory. Racing to expose the tawdry pay-for-play enterprise that may have entangled her own relative, Jaycee peels back layers that run deep and discovers that sometimes surviving isn't enough and justice can be the ultimate final transaction.