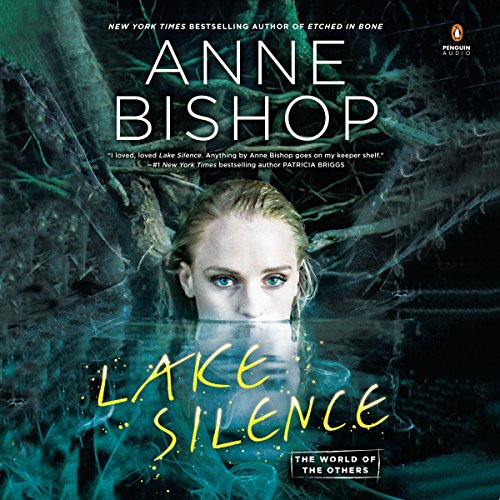 In this thrilling and suspenseful fantasy set in the world of the New York Times best-selling Others series, an inn owner and her shape-shifting lodger find themselves enmeshed in danger and dark secrets.

Human laws do not apply in the territory controlled by the Others--vampires, shape-shifters, and even deadlier paranormal beings. And this is a fact that humans should never, ever forget....

After her divorce, Vicki DeVine took over a rustic resort near Lake Silence, in a human town that is not human controlled. Towns such as Vicki's don't have any distance from the Others, the dominant predators who rule most of the land and all of the water throughout the world. And when a place has no boundaries, you never really know what is out there watching you.

Vicki was hoping to find a new career and a new life. But when her lodger, Aggie Crowe--one of the shape-shifting Others--discovers a murdered man, Vicki finds trouble instead. The detectives want to pin the death on her, despite the evidence that nothing human could have killed the victim. As Vicki and her friends search for answers, ancient forces are roused by the disturbance in their domain. They have rules that must not be broken--and all the destructive powers of nature at their command.

new story of the Others that works well while waiting for megs new adventures ...

First, I've read all the Others novels as they were released and loved some of them, so I was eagerly awaiting this novel. I was concerned that there was unlikely to be crossover from characters in the earlier novels, since that is so much of what I've loved. Well, my worry was unfounded, because the new characters are as perfectly flawed and struggling as those in the Lakeside Courtyard. I especially loved the way the aftermath of an abusive relationship was a primary plot arc - and even more the way that men who range from manipulative to downright exploitative operate, and how to some extent they need the victim because they need the abuse. All without ever preaching! Instead, Lake Silence is a beautiful exploration of what happens when the vulnerable and soft prey finds itself allied with a much larger predator than anything trying to eat the duckling! And the importance of treating strangers well, lest they be - as the Greeks and many cultures have believed - powerful gods in the disguise of someone helpless. Also, how to respect CLEAR AND SPECIFIC LIMITS, and the value of accepting and living within those limits, which is definitely a lesson humanity needs to learn. Five stars! Okay, okay, I did take off stars for the narrator and feel guilty about it, since she is the series narrator, and I would probably miss her if she lost the gig... but... she just emphasizes most words way too much. Somehow it sounds to me like a backward William Shatner effect, or maybe just a female William Shatner. Still, a great use of a credit!

I felt this could have been a novella. It just didn’t have the meat and bones of the original books to be a part of the series. I felt a bit let down and was hoping for more. These people really felt like they should have been part of a larger story told within. The writing was good, but coming of the Meg books was a let down for me. Audiobook was performed great.

Love the others but this book is lacking

I love the others series but was disappointed when the story of Meg and Simon ended I was hoping they would be in this book, but with big disappointment they had only a slight reference in one chapter. Although this book involves the others after the big fall out in book 5 the characters in this book aren’t as enjoyable to read and listen to as the original books 1 to 5 it wasn’t bad but not something I would listen or read again I would rather re listen to the audible of Meg and Simon since they are more interesting the heroine in this book was pretty boring and the storyline seemed lacking she had no backbone it was just bland

Even better than the main series

I really like The Others, but I loved this book. It takes the world building that makes The Others series great, and it adds in characters I like just as much if not more. I adored Vicki, our heroine, and the other people in this world, both human and others. The antagonists were terrible people, but I loved to hate them, and I think Bishop did a great job fleshing out villains. As always Alexandra Harris did a great job.

I thought I would miss the characters from the first series too much to enjoy this fully, but I was wrong. The characters in this story are fully developed and very interesting. Plot twists galore. Highly recommended.😃

So glad I discovered this series by Anne Bishop. the characters are so interesting and the storyline keeps me coming back for more. The reader does a great job and the pace of the story is perfect.

Love love love the others!

While I miss meh and the rest of the others this book was just as good. I enjoyed all the doesn't characters in this book and hope this is not the last for miss Vicky. You will not be disappointed.

Just as entrancing as the others

You will fall back into this world as easily as the first set of books.

The Others are my favorite

I love everything by Anne Bishop and I love the world of the Terra Indigene!! I liked Meg’s stories better than this one, but I thoroughly enjoyed all the new characters and this book does not disappoint.

Really the only drawback on this book is that it has nothing to do with Lakeside. it does have a few references back too Meg and the female pack but they do not take part in this book. This is still an enjoyable listen if you liked the others.

Read this booK and Enjoy the voice from Ms. Harris.

One of six , and the best novels about the "others", a kin, that isn't human, fascinating Fantasy stuff