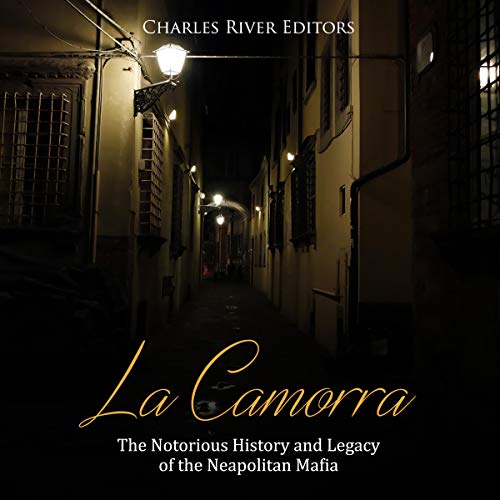 La Camorra: The Notorious History and Legacy of the Neapolitan Mafia

“I saw four knights with lance and buckler, black capes around their shoulders. They saw me and smiled. At that moment I understood that I was given the task of rebuilding the Camorra on new and more efficient bases, so that the tradition of our fathers would not be lost. I am the reincarnation of the most glorious moments of the Neapolitan past, I am the messiah for the suffering prisoners, I dispense justice, I am the only real judge who takes from the usurers and gives the poor. I am the true law, I do not recognize the Italian justice.” (Don Raffaele Cutolo)

The history of Naples is long and tortured, or at least for centuries that was how its history has been told. Inhabited almost continuously from the Neolithic era to the present, Naples was founded by the Greeks and conquered by the Romans. After the fall of the Roman Empire, Naples passed between various foreign rulers for its entire history prior to Italian unification. Starting in 1040, when the Norman French invaders conquered Campania, Naples was ruled in a dizzying succession by Germans, then French, then Spanish, then Austrians, then Spanish, then French, and then Spanish.

Nonetheless, Naples does not enjoy an excellent reputation, within the context of Italy or of Europe. High rates of petty crime, a decaying urban fabric and the infamous presence of the mafia (known in Naples as the Camorra) all combine to ensure fewer tourists venture to explore Naples, and many Italians (civilians and politicians alike) consider it the ultimate “problem city”. Nonetheless, it bears keeping in mind the words of one of Naples’ foremost historians, John Marino, who noted, “Naples, like each of Italy’s cities, [is] unique, but far less different than is generally believed.”

The word “mafia”, Sicilian in origin, is synonymous with Italy, but Italy is home to several different mafias, with three being particularly notorious. While the Cosa Nostra of western Sicily is the most infamous, other powerful groups include the ferocious ‘Ndrangheta of Calabria and the Camorra, the third-largest mafia, which is active in Naples and the Campania region. A “mafia” is loosely defined as a criminal organization that is interested in social, economic, and political power, combining elements of a traditional secret society with those of a business, but further levels of nuance are necessary in order to understand these groups. In a general sense, this is because each mafia creates a myth about the development of the organization, which becomes like an unquestionable truth. In essence, part of what makes its members so completely loyal to it is also what makes outsiders so utterly afraid of it.

In the particular case of the Camorra, the difficulty of understanding an underground criminal association is made all the more intense because it is so heterogeneous in terms of its development, its different functions, and the diversity of economic sectors in which it operates. To reflect that diversity, some scholars like to refer to it as Camorre, the plural version of Camorra. This decision is more than just a question of semantics, because using the plural form helps emphasize the internal differences and conflicts within the Neapolitan mafia, which, in turn, helps explain the very nature of the organization itself. The Neapolitan mafia is famous for its pervasive nature, which is due to the fact that it is organized in a horizontal, decentralized way. This means there is not one single “boss” who dictates policy and can be more strategic in how and when violence is deployed. Unlike other mafias, in the Camorra there has been no long-term reigning family, nor extensive coordination between families to form an alliance and function as a unified mafia for their shared benefit.