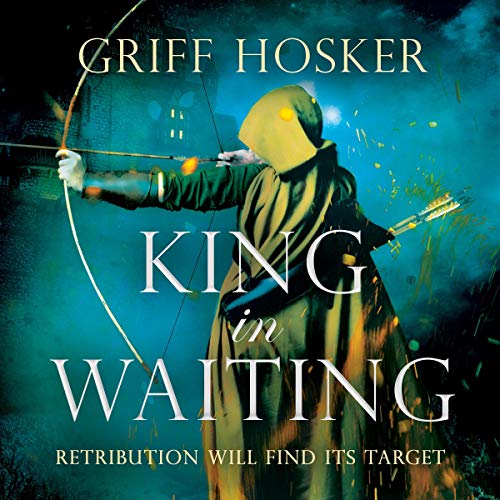 "A rollicking historical adventure which flies like an arrow from a bow." (Giles Kristian)

"One of the best Griff Hosker books I have ever read." (Paul J. Bennett)

The year is 1264. Simon de Montfort defeats and captures King Henry III of England at the Battle of Lewes to become de facto ruler of the country.

Step forward Gerald War Bow, a man of humble birth but noble intentions, a superb archer and leader of men, and a committed servant of Lord Edward – the real heir to King Henry’s throne.

So ensues a series of bloodthirsty battles, acts of bravery, and rescue missions, all in the name of toppling the treasonous de Montfort. Finally, Gerald and his archers find themselves at the edge of battle at Evesham.

As the royalists face de Montfort’s army, which still holds King Henry among its number, Gerald War Bow knows that the future of his country – and his own life – lie in the balance.

As Gerald pulls back his bow, will he hit – or miss?

"In Gerald War-Bow, Hosker has crafted a heroic, humble archer with the heart of a prince." (Brook Allen)

I'm a junky for the genre, so I finished it, but the writing was overly simple at times, which was really highlighted by a narrator who was more of a reader than a performer. He didn't get the subtlety of accentuation.

Not as Good as the First

The narrator was not good. His continuous mispronunciations were distracting, especially the word "heard". He pronounced it "here" + "d".