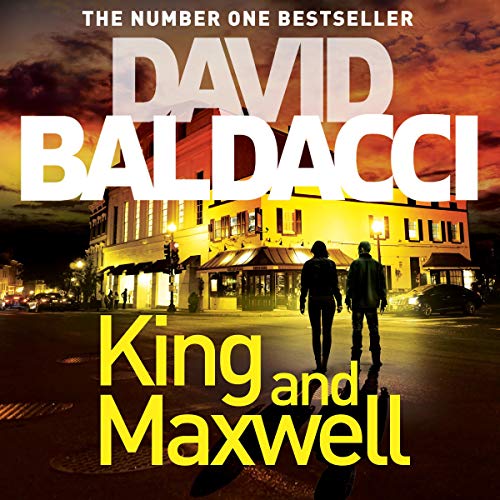 She's trained to kill. He's beaten the best. This time all bets are off. Former Secret Service agents turned private investigators, Sean King and Michelle Maxwell return in their most surprising, personal and dangerous case to date.

Michelle had chased many things in her life. As a track star and later Olympic rower, she had constantly pitted herself against others in races. As a cop in Tennessee she had run down her share of felons fleeing the scenes of their crimes. As a Secret Service agent she had been fleet of foot next to limos carrying important leaders. Tonight, though, she was competing against a long-legged teenager with the boundless energy and fresh knees of youth who had a substantial head start and was running like the devil was on his heels....

King and Maxwell encounter teenager Tyler Wingo when he has just received the tragic news that his soldier father has been killed in Afghanistan. But then Tyler receives an email from his father... after his supposed death. Sean and Michelle are hired to solve the mystery, and their investigation leads to deeper, even more troubling questions. Could Tyler's father really still be alive? Was his mission all that it seemed? Has Tyler's life been a lie, and could he be the next target?

It's clear that King and Maxwell have stumbled upon something even more sinister when those in power seem intent on removing them at any cost. Determined to help and protect Tyler, their search for the truth takes them on a perilous journey which not only puts their lives at risk but arrives at a frightening conclusion.

Oh I LOVED this story

This is an amazing story. I loved the chemistry between the main characters. The story was face paced and had me on the edge of my seat. Great read.

absolutely the worst book Baldacci has written with its trite characters and unbelievable plot. The story would be looked down upon the most derring do fifth formers.Can't think who would enjoy it. I must admit on name alone I listened until part 2 but in the 200 odd books I have chosen from audio books this is the first I have not finished.

What was most disappointing about David Baldacci’s story?

Just the absolute triteness of the oh too macho characters ,including Maxwell, and the heavy so-called humour of her slovenishness.

No will not waste any more words

Here, even the readers were great. I can't decide which Balacci character is my favorite. Is this the last in the King/Maxwell series? I hope not. Their close calls and interestingly complex cases are just fascinating.