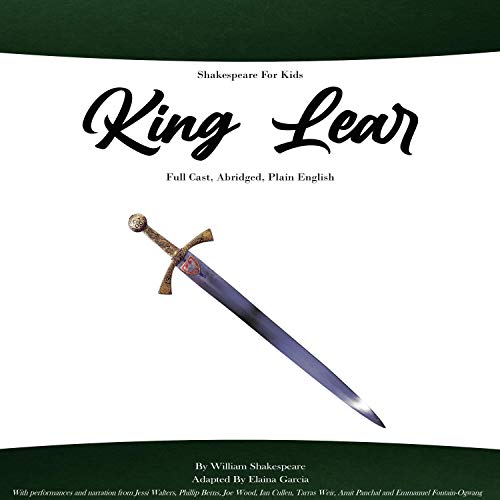 Shakespeare for Kids adapts and abridges Shakespeare's classic plays, presenting them in shorter versions. This plain-English version of King Lear clocks in at just under 20 minutes, ensuring the subject matter is appropriate for a younger audience. This conversion from Shakespearian language to today’s English makes it easier for listeners to grasp the narrative structure of the play and appreciate Shakespeare's incredible gift for storytelling. This can be helpful for a younger audience, those who are new to the Shakespeare canon, and those who simply seek a fresh approach to the great works of Shakespeare.

The abridged versions maintain the storyline and narrative structure of the original plays, but make it easier to digest Shakespeare’s works, which have remained some of the best-loved and most frequently performed plays for over 500 years. King Lear is one of Shakespeare's best-known tragedies from the 1600s and tells the story of a king's relationships with his three daughters. It is widely regarded as one of Shakespeare's most accomplished plays.