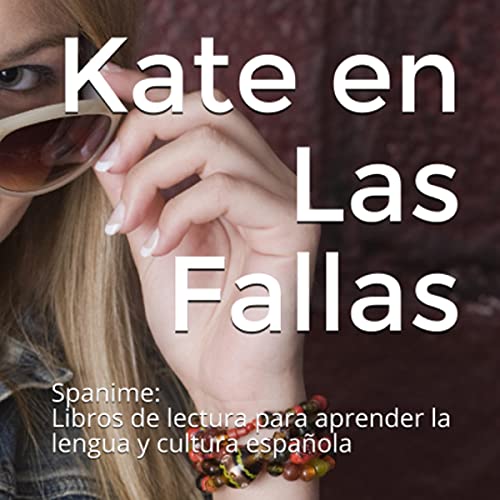 Kate en Las Fallas is a book to learn Spanish language and culture. The Spanime book series not only tells you stories, it makes you live the experience that the protagonist is living through a full immersive approach. Kate is the main character of the book and tells us about her adventures and experiences in Spain. She is a young English woman who visits Valencia with her brother Mike, during the Fallas festivities. Her Spanish friend Ana has invited her. They met in England while studying at the University. They have continued their friendship for several years. In this book, Kate tells us day by day about her experience in Valencia and Las Fallas first hand. You will learn everything that happens in Las Fallas day by day and its history. You will live as a guest in a Spanish house and will become part of Ana’s group of friends feeling one of them.

This book may also be of interest to Spanish speakers who want to experience what happens in Las Fallas day by day. This book has a B1 intermediate level of Spanish according to CEFR. In the academic system of England, this book may correspond to a GCSE Spanish Higher Tier or similar. The vocabulary and many useful expressions are summarized in a vocabulary list in the book.