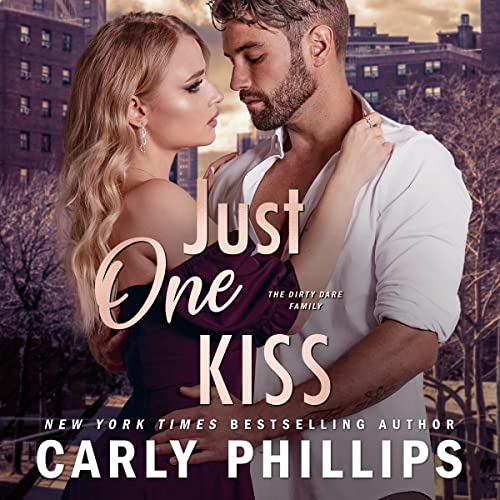 It was just supposed to be one fun night of revenge sex.

It turned into a second. Then a third.

Now Mother Nature is having the last word—with a secret baby surprise!

Jade Dare has done everything in her power to overcome her mother’s unstable influence. Changed her name. Became a success. Vowed never to risk passing on the potential for inherited pain. What has it gotten her? One fiancé who wanted her for money. A second who cheated on her with his brother’s wife.

Now she’s sworn off men. Or at least off serious relationships. But when the chance to indulge in a little revenge sex with a man she’s secretly fantasized about arrives, she jumps in. Only to land heart-first into a case of the feels she can’t bring herself to trust.

Knox Sinclair always suspected he liked his brother’s fiancé a little too much, that’s why he kept his hands to himself. But with all ties broken and Jade all too willing, a one-night stand with a side of payback sounds like a damned good idea.

Except one night isn’t nearly enough.… But while Knox is busy convincing Jade they have a chance at forever, the past is planning one last parting shot.

Loved this story of jade and Knox. How they had chemistry and a past. They tried to just have one night together but their chemistry and relationship wouldn’t let them move on. Carly Phillips never disappoints and Jades story is the same. I could not stop,listening. The narration was great.

Predictable but sweet and hot

Nick Dare’s twin, Eden is the focus of this story from the large, wealthy Dare family. Her previous choice of men left much to be desired but 3rd time appears to be a charm when she becomes involved with Knox Sinclair, her Ex’s step brother and a wealthy football team owner, who also happens to be an old friend of her eldest brother. We hear from lots of this branch of the Dare family in this book though oddly not the extended family including cousin Ian Dare. The story was told as dual point of view with Jason Clarke doing a great job as the sexy, steady Knox. Samantha Cooke sounded like other Dare heroines, competent in business but dealing with lots of personal issues, especially dealing with her birth mother’s suicide. This is a good solid romance and a welcome addition to the series. Worth the credit if you enjoy romances and especially if you are a Carly Phillips Dare family fan.

Not just a one night stand

Jade and Knox have a lot of chemistry together. They knew each other from when she was engaged to Knox's stepbrother and he was married. Then everything emploded when Knox's wife and Theo had an affair. I liked how Knox kept putting himself in situations where Jade was and couldn't ignore him. Samantha Cook and Jason Clarke were great narrators.

This book is so sweet. When he went to Vegas I was worried if he would do something wrong or fall for some scheme from the ex and the stepbrother. Loved it waiting for the next one .