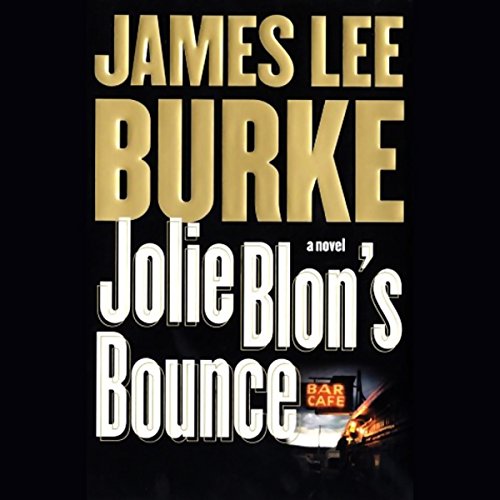 When a beautiful teenage girl is killed, the victim of a particularly savage rape, New Iberia, Louisiana police detective Dave Robicheaux senses from the very start of the investigation that the most likely suspect - Tee Bobby Hulin - is not the actual killer. Though a drug addict and general ne'er-do-well, Hulin doesn't fit the profile for this brutal crime. But when another body turns up - a drugged-out prostitute who is the daughter of a local mafia bigwig - all clues point to Tee Bobby Hulin. The dead girl's father sets out to find - and punish - the killer.

Before Robicheaux can bring the killer or killers to justice, he battles a painkiller addiction, a habit brought on by a humiliating beating he suffers at the hands of a diabolical character known only as Legion. Once the overseer on a local sugarcane plantation, Legion scrapes by through doing odd jobs. In temperament, he's still the malevolent bully, seemingly possessed with supernatural skills of survival.

When Robicheaux's longtime buddy Clete Purcel drops by New Iberia for a visit, he is quickly drawn into the struggle between evil forces - including Jimmy Dean Styles, a black man intent on maintaining his empire of corruption; Joe Zeroski, a trailer park mafioso with palatial aspirations; and Legion Guidry, in whom Robicheaux faces an enemy unlike any he has ever known. And soon, what began as a duel of wits turns into a dance of death.

Gothic, dense, brutal, touching, and always compelling, Jolie Blon's Bounce is classic storytelling from a writer who has been dubbed "the Faulkner of crime fiction."

"To read a Burke novel is to enter a timeless, parallel universe of violent emotions and lush, brooding landscapes." (Publishers Weekly)

"Listening to Mark Hammer reading Burke's twelfth novel about Cajun cop Dave Robicheaux, it's easy to imagine you're on the shore of Bayou Teche, hearing a weathered cop tell of past adventures.... With a deliberate pace, Hammer pulls us in, capturing Robicheaux's spiritual exhaustion yet compelling us to hang on his every word." (AudioFile)

"Dave Robicheaux...[is] easily one of the most complex and compelling protagonists in mystery fiction. This is classic James Lee Burke, the master stylist, writing at the top of his game." (Amazon.com)

Sorry I was wrong

I am sorry to say I did not give this reader much of a chance when I wrote my first review of this book. It was very different that the other James Lee Burke books I have read and did not seem to work for me. I recently tried it again and I now realize that once Mark Hammer got his characters developed his reading was not half bad. Not a good as Will Patton but not as bad as I first thought. As usual the story was great. James Lee Burke is one of the best writers of our age. My apologies to Mr Hammer.
JD

The perfect narration of a near perfect novel

Mark Hammer's masterful narration of this book (and the other Robicheaux books) reveals the complexity and drama of a man whose depth of character, grief, personal struggle, and sociological conflicts are entwined with the rich, raw, and sensual Cajun culture. His subtle inflections and careful pacing exudes with authenticity, sorrow, and life-fatigue that distinguishes Dave Robicheaux's search for justice and meaning, in a world that challenges both. He faces pure evil in the person of the indomitable, elderly Legion Guidry, the portrayal of whom made the hair on the back of my neck stand straight up, with each encounter. William Patton who narrates Purple Cane Road, by the same author, is excellent in his narrative vibrancy, flexibility, and skill but tells very different story of Dave Robicheaux through his voice than that of Mark Hammer. I loved all of the Robicheax stories, but this is the best of all.

Vigorously disagree with prior reviewer

Boy I relished the times when I could sneak away from my activities of daily living to listen to this book. The ambling sequencing of visual vignettes and the narrator's pace created a southern atmosphere which rang true and intentional. I was disappointed to learn that there is a different narrator on Burke's other books...though I say that not having heard the other narrator. Just thought he was quite adept at creating believeable vocal characterizations.

Once again James Lee Burke offers up a brilliant character study. This novel is also a great mystery. Mark Hammer's narration is captivating and will propel you into the swamps of Lousiana. Listen to Jolie Blon's Bounce only when you have time to finish without pause. It's that good.

I have listened to four books by Burke, all of them narrated by Mark Hammer. They were all fantastic books, but Jolie Blon's Bounce was the best. The bad guy in this book was pure evil, and several other characters were also well developed. Burke saved the best for last, the ending gave me goose bumps. At first I also had a hard time with the narration. But after I got used to Mark Hammer's style I have to say that he is my favorite! He is the perfect voice for this series. I recommend that you listen to the first 30 minutes twice to get used to his unique style and intonation.

Haunting and a little difficult

The characters in this book are haunting and complex, and with the exception of Legion Guidry, human. Legion is one of the most frightening characters I have ever come across in fiction. I believe that Mark Hammer's reading had a lot to do with how he came across.

That said, I think that for me this is one book that I would be better off reading in print. There are many complex characters to keep straight, and the narrator gives many of them the same or a very similar voice. The slow, almost sing-songy pace lulled me into a zone where I missed whole sections on a regular basis. I'm still not quite straight on where some of the major characters fit in to Dave Robicheau's universe.

But if you are someone who enjoys an intricate and winding yet raw and brutal tale that packs a lot of story into just 14-odd hours of listening, then this is for you. I will remember Legion and Dave for a long time to come.

The sad, world-weary voice of the narrator enhances the written work. I'd heard about James Lee Burke's books, but the few times I tried to read one I soon lost interest. Now, with Mark Hammer's narration, the book comes to life, the spirit behind the words has substance. I've since listened to Sunset Limited and am now trying to decide which Burke book to download next from Audible.com.

I have read other customer reviews in this section and couldn't disagree more with those who criticize Mark Hammer's reading of this wonderful book. JLB says this is his favourite in the Robicheaux series and having heard this book twice (the second time was on a long car trip with my wife) I think Mark Hammer did a fabulous job. The pacing is wonderful, the characters are clearly and consistently presented and the atmosphere is seductivelty and dramatically evoked. My wife and I agree... 5 stars for the book and the reading.

Further, I just re-read Neon Rain and loved revisting this fine book. I would love to hear Mark Hammer read this or any other of the DR series. JLB's new Robicheaux book, the soon to be released Last Car to Elysian Fields is eagerly aniticipated in our house as I'm sure it is in other Audible listener's homes. Here's hoping Mark Hammer is hired to read it as well.

Oh, for a good narrator!

I read all the available reviews before ordering and, because the author is a long-time favorite of mine, ordered it despite strongly conflicting opinions of the quality of the narration. Be warned by this lover of audio books that this otherwise fine Burke book is all but ruined by the narration of Mark Hammer. Hammer's voice qualities are those a very elderly man and one with almost no dramatic color. Even if you are a fan of Burke's poetic and lively writing this is likely to disappoint. The story's still-youngish hero is almost impossible to picture when all his observations are droned in the crackly voice of a man who sounds twenty or thirty years his senior!
What is wrong with Simon & Schuster audio folks? What possessed James Lee Burke to let this happen to his creation? Why did I not heed those who warned me in their review??

Enjoyable First Trip to the Bayou

This was my introduction to James Lee Burke, as I had not read or listened to any of his books previously. That means I have not heard other narrators of Burke's books for comparison, but actually, I enjoyed the reader of this audiobook about 98% of the time. Occasionally the Southern drawl was overdone to the point where it became difficult or impossible to decipher the words being spoken. Though the characters were new to me, Burke does a good job writing enough bits of background to gain some understanding of their character. Burke really does write in a style that draws you in to enjoying his descriptions of the Bayou, the trees and swamps, without feeling the story is dragging. When Burke's narrative digresses, there's alwalys a link back to a character's background, motivation, or building a sense of background atmosphere or history.

This certainly wouldn't be categorized as a forensic thriller, as there's a surprising shortage of "detecting" going on, but ultimately there are enough clues put together for a definitive solution to one murder. The second murder has a somewhat less satisfying resolution -- we "know" who the culprit is, but the proof just isn't there.

Legion, the evil character with the distinctive vertical lines in his face, meets an end that is a little bit quick, easy, and which borders on mystical contrivance. I also found the medic, Sal, to play a role that provides a curious twist. Granted, Sal has been on the scene through much of the book, but then seems to come out of left field when his character is needed, then recedes back into mystery.

Despite these minor issues, I greatly enjoyed Jolie Blon's Bounce, and want to experience more of Burke's titles featuring Dave Robicheaux and get to know these characters more. If I try another audiobook, I wouldn't mind a reader who's a little easier to understand and perhaps gives more differentiation between voices of different characters.