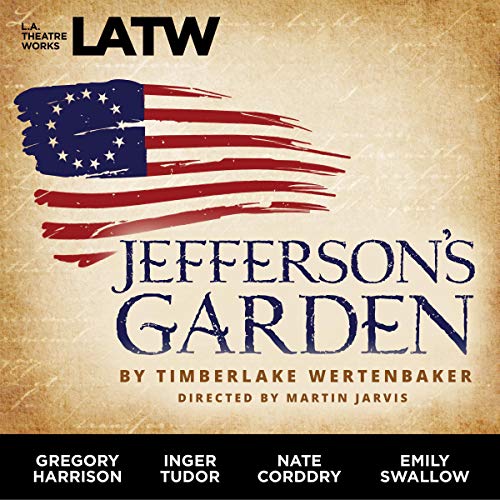 You say you want a Revolution? The story of this country's struggle for independence is told with a fresh slant and theatrical inventiveness. As Thomas Jefferson struggles to find the right words to frame a nation, a young Quaker must weigh his desire to participate in the struggle against his pacifist beliefs.

Recorded before an audience at UCLA's James Bridges Theater in March 2017.

I have enjoyed many of the L. A. Theaters productions in the past, I loved the Norman Corwin play The Rivalry and was hoping this would be as good. Nope, this was confusing and uninspiring to say the least. I thought the modern reverences to the Obama's was stupid for a piece that was supposed to be historical drama. I found it a bit tiresome that all the characters were hypocrites in some way or the other.

Skip this play and find a different one to inspire you.