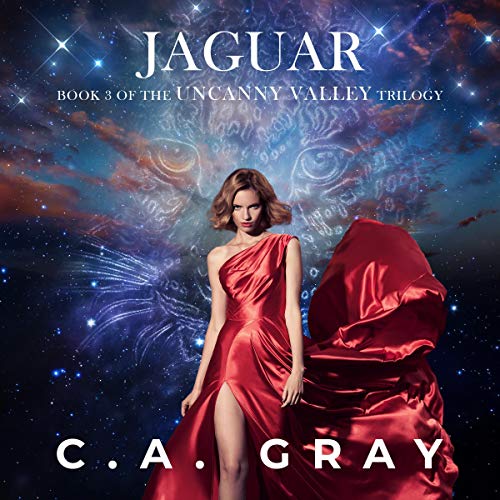 The Silver Six have blown the Renegades’ underground compound to bits, killing several of Rebecca’s best friends in the process - and to her horror, the boy Rebecca had convinced herself she loved for all these years was the one to betray them all. At the same time, General Specs, the company Liam was once slated to inherit, has developed a super intelligent robot called Jaguar which is quickly becoming godlike in her omniscience. As the remaining Renegades flee to their last bastion of safety in the Caribbean, Liam makes his way back to London, in a last ditch effort to convince his father to destroy Jaguar before it’s too late.

Rebecca, meanwhile, finally understands her own heart: she never loved Andy. He was merely a "safe" choice who would never require anything of her. Liam, on the other hand, exasperating as he was, had seen past her defenses. All of his teasing and provoking had been his attempt to get her to be real with him - but the more he made her feel, the further she had retreated. She had even substituted her companion bot Madeline for real, deep human friendships, and for the same reason: she’d been avoiding love to protect herself from another loss like the one she had experienced when her father was killed for the Renegades’ cause. Ironically, she only realizes this once Liam is on his way to a similar fate. But she’ll be damned if she lets him go without a fight.

This high stakes conclusion to the Uncanny Valley Trilogy envisions a world not too far off from our own, in which super intelligence is a reality, humanoid bots have supplanted human power and influence, and there are eyes watching and reporting our every move. If humanity is to survive, the Renegades will have to galvanize support across the globe, under the radar - and it will require every last bit of ingenuity they possess. But is attempting to outwit a super intelligent being really the answer? Or will it require something much more fundamentally human?

A Great Way To End A Trilogy

I'm so glad that I listened to the last book in the trilogy. But I also had a disappointment because I picked up this series in the middle. In no way did I feel lost by not having read book one but as I was listening to this last book, I felt like I cheated myself by not starting the Uncanny Valley from the very beginning.

In this book, I got to hear more of what these characters were feeling - the puzzle they needed to solve. There were so many twists and turns but none that had me questioning what was going on. I was happy with my listening experience this time because Ms. Williams didn't seem to get as high pitched as I found in The Silver Six. It made it much more pleasurable to listen to. A few times she did get that high pitch into the story but it didn't happen quite as often as it did in book two - that meant that I didn't have to continue to adjust the sound level. Ms. Williams also left me wondering where our author was going to go from here.

Ms. Gray had me on the edge of my seat quite a few times with this story. I did get frustrated a few times with the book because I never had a good place to stop. When you're listening to a book like this doing it as you're going to and from work may not be the best plan. You don't have a choice as to where you're going to stop because your boss walks in the door. The only thing you can do is being glad when you can turn it back on again.

I grew up loving science fiction. One thing that I loved about the genre was that anything was possible and it had me question as to whether this is what our future will be. Ms. Gray has me bringing that question up again. Will we have our own Silver Six especially with us exploring Mars and the talk of habitating the moon? She reminds the reader that our young people are our future and what they do with that future will be a wait and see game. And she shows us what can happen when you play with something that we probably shouldn't have in the first place. We can't lose our humanity for the sake of progress.

I voluntarily reviewed an Audiobook copy of this book.

Those of us who have been reading science fiction and watching the old classic movies for longer than we may care to admit have harbored a not-so-secret concern that someday we would be confronted with robots who are not only sentient but super-intelligent and in a position to take over the world. In the Uncanny Valley Trilogy and especially Jaguar, Ms. Gray has brought a fresh approach to this concept.

Rebecca and the rest of the Renegades are living on the edge of such a doomed future and are really the last bastion against the Silver Six and Jaguar but they now need to spread their fight to other parts of the world. The AIs have been very successful at convincing people that having them in charge is best for all but there’s another, perhaps more dangerous, threat in Jaguar, the most self-aware and powerful AI ever.

This conclusion to the trilogy is thought-provoking, especially regarding our very real proclivity for believing the lies of those in power when they speak to our desires and fears but this is not the entertaining part of the story. Rebecca and her colleagues have to face up to personal issues, betrayals and life-threatening danger and Ms. Gray never lets the tension ease.

Once again, Melissa Williams brings life to an already exciting tale and I have to say she’s been an important element in my enjoyment of the Uncanny Valley Trilogy. I hope to hear more from her in the future.

These days could very well be coming. Building the supper computer that takes over the world. Love the ending.