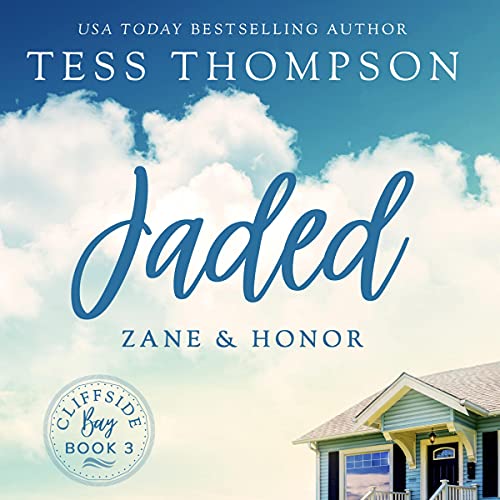 Her past was devastating. His future was shattered. Will two lost souls merge for the life they both deserve?

Zane Shaw needs a fresh start. After his fiancé called off their wedding, he left his failed relationship to run the family restaurant back home. And just when he thinks he’s sworn off emotions for good, a former fling residing in Cliffside Bay reignites his broken heart.

Honor Sullivan thought she had escaped her abusive background. But the terror returns when she learns the man who hurt her is out of prison. And when a dead bunny appears on her porch, she turns to her old crush Zane for the protection she so desperately desires.

As his repressed instincts bubble to the surface, Zane swears to do whatever it takes to keep his tormented friend safe. But with mysterious figures shadowing her every move, Honor may not live long enough to confess the feelings she’s hidden for a decade.

Can the wounded couple escape their painful histories and find their own forever?

Jaded: Zane and Honor is the third stand-alone book in the suspenseful Cliffside Bay romantic women’s fiction series. If you like second chances, sweet love stories, and a healthy dose of danger, then you’ll adore Tess Thompson’s breathtaking tale.