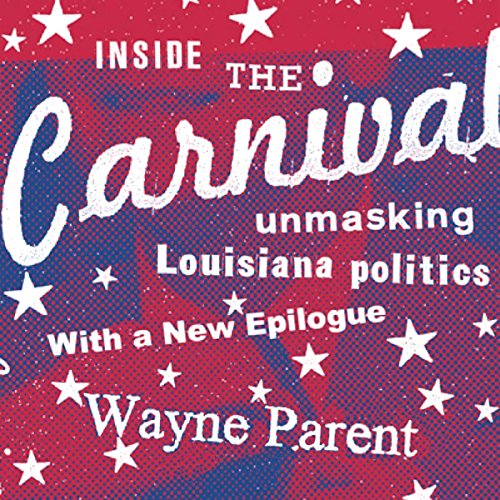 With both an entertainer's eye and a social scientist's rigor, Wayne Parent subjects Louisiana's politics to rational and empirical analysis, seeking and finding coherent reasons for the state's well-known unique history. He resists resorting to vague hand-waving about exoticism, while at the same time he brings to life the juicy stories that illustrate his points. Parent's main theme is that Louisiana's ethnic mix, natural resources, and geography define a culture that in turn produces its unique political theater. He gives special attention to immigration patterns and Louisiana's abundant supply of oil and gas, as well as to the fascinating variations in political temperaments in different parts of the state. Most important, he delivers thorough and concise explanations of Louisiana's unusual legal system, odd election rules, overwrought constitutional history, convoluted voting patterns, and unmatched record of political corruption. In a new epilogue, Parent discusses how the hurricanes of 2005 will affect state politics and politicians as Louisiana struggles to regain its footing in the New South.

"An expert has stepped up to get behind the tired verbiage and pinpoint why Louisiana politics is so different." ( Chattanooga Times Free Press)

Made me want to take a closer look at key politicians. Also piqued my interest in Louisiana authors; fiction and non fiction.