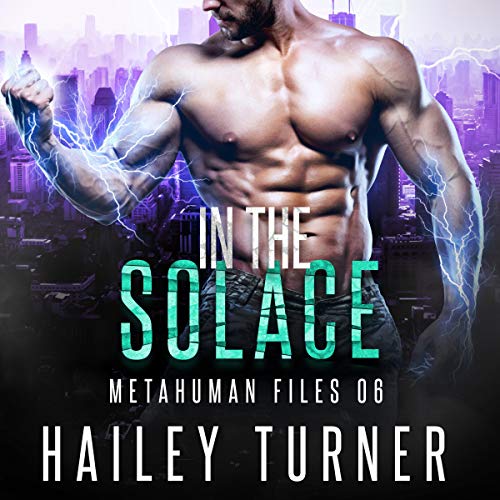 Built to carry you.

Jamie Callahan is looking forward to spending the rest of his life with Kyle Brannigan. They’ve overcome impossible odds, and the only thing left to do is walk down the aisle together. Despite the happiness they’ve earned, their enemies haven’t all disappeared.

Make it to the other side.

Colonel Liam Wessex is thrilled his best friend is getting married, but it’s just further proof that his own life is breaking apart. With his classified identity revealed to the public, Liam is struggling with the transition into civilian life. Becoming reacquainted with MI6 Agent Oliver Archer forces Liam to reconcile his past actions with a future that just might be the answer to all of his problems.

It’s not over, it’s just the start.

Oliver thought he’d done enough to cut Liam out of his life. When their professional lives collide, he’s forced to accept the fact that Liam is no longer the spoiled prince he once knew. When terrorists target London and the unthinkable happens, Oliver and Liam learn that second chances come with a price neither can afford to pay.

In the Solace is a 99k word steamy gay sci-fi military romance with a HEA and concludes the series. This is a direct sequel to In the Requiem and Fire in the Heart. Listening to the previous books in this series would be helpful in enjoying this one.

I find myself a bit disappointed with the ending. no spoilers but still...feels unfinished.

An enjoyable wrap-up to the series. I just wish I could pinpoint why I didn't love it more. "In the Solace" features, Liam and his adjustment (or lack thereof) post In the Requiem.

Refusing to accept that leading his metahuman team in the field is impossible and dangerous now that his identity is known, Liam is stubbornly digging in his heels about leaving. He's also stubbornly trying to make amends with Oliver, an MI6 liaison and former friend who's been haunted by a "Les Liaisons Dangereuses" type bet and hates Liam's guts. When intelligence chatter confirms that former CIA director Bennett and Reborn IRA leader, Murphy are on English soil, Liam and Oliver are forced to work more closely together, and as the danger escalates, both men become aware of what really matters.

The action and writing are signature Turner, and appearances from Jaime, Kyle and later Katie are welcome, and I enjoyed the closure the series receives regarding Bennett. Unfortunately, I just didn't connect with the romance/Oliver's character. I guess I feel like I really didn't get enough insight into who Oliver is outside of his hostility towards Liam. Most of his character is defined by that bet. Yes, the reader gets to see him interact with his loving family and his dedication to his job, but most of his presence/character beats are vitriolic recriminations and repudiations of Liam's apologies. Until, on a dime, it's unleashed desire that leads to sex.

When that happens, the action really kicks into high gear and Liam and Oliver's budding relationship is backburner-ed, so any opportunities for showing more aspects of Oliver's personality are left behind. I didn't dislike Oliver or think that he is completely two-dimensional, I just felt like there was too much about how the bet/his feelings for Liam shaped Oliver's hostility and not enough non-Liam related pieces of who Oliver is. Had I not decided to read the preceding novella, I'm not sure I would have been invested at all in Oliver.

Despite my inability to truly connect to Oliver or the development of his relationship with Liam (which really colored my overall enjoyment), it was good to see Liam get his HEA, be reunited with some of the gang and get complete closure on an epic series. Well worth a read.

This series of books was very well done, with well developed characters, interesting storylines and sub-plots. The narration really made it all come together with impressive dialects that really made the characters unique. Overall, one of my new favorite reads.

I was a little uncertain, reading other reviews, but this book functions as both epilogue and bridge, as well as giving Liam his own story. it's possible to move on from here, but after tearing through all of the Metahumans series, I am eminently satisfied with this wrap-up. I loved the entire adventure from beginning to end.

A great performance by Greg Boudreaux of Hailey Turner’s book. The story has it all action, sadness, love, and humor. Greg uses his voice land timing to take each moment to the next level. A fitting finale to the series. I am going to miss his inverse and can only hope we are allowed to revisit in the future,,

Fantastic End to a Fantastic Series

I have loved this series from the very first chapter of the first book. I had previously read all the books. Now having listened to the whole series there will be repeat listens in the future. I was happy to learn more about Liam, although he appeared in other books we didn't know much about him. Thank you dear author for that. And a Huge Thank you to the Amazing Narrator

So happy Liam has his story

We meet Oliver in the short story with Alexei and Sean and you immediately know there
is a love/hate relationship between Oliver and Liam. In this book we receive the history and their story. This book is a little different in the sense that the usual gang is not involved and I slightly missed that but really enjoyed hearing Liam/Oliver's story. I also love reading how Liam has changed and he didn't give up on convincing Oliver he had. The racetrack scene is one of my favorites in this book. I do wish there was more to this series and it truly is one of my favorites!

Fantastic, not to be missed!

This is the 6th novel in the fabulous Metahuman series by Hailey Turner and it was fantastic, as was the rest of the series! Greg Boudreaux can do no wrong and put his brilliance to work with the audio version of In the Solace! Wonderful!

Two couples got their HEA in this book, Liam and Oliver .. thank god because I was rooting for Liam all along and we also finally got the long-awaited fairytale ending for Jamie and Kyle. I am so happy for those two. As always, it was action-packed, exciting, thrilling, romantic and scorching hot. Again, I really can’t believe the series has come to an end. Greg Boudreaux did a superb narration AS ALWAYS and I’m sure I’ll definitely relisten this series soon. For now, I’m happy and book-drunk.

The End of a Era

A good ending for a great series, though it felt a little short and fast, but isn't that how all good things end.

The narration was spot on with the voices, as always.