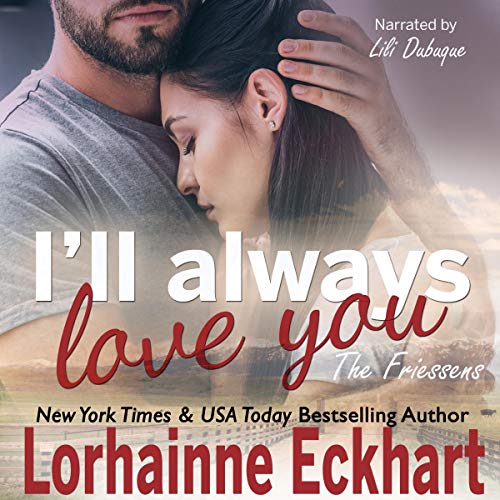 It was the hottest night of sex he’d ever had. Jeremy Friessen had heard the whispers that he was just like his father, with his looks, his bad ass attitude, and his arrogance, and he’d never forget the night he’d spent with his best friend's sister - until she up and left, one day just three years ago.

But now she’s back, he’d caught a glimpse of her at the traffic light and again at the store. When her eyes connected with his, she pretended as if she didn’t know him, and that made him angry, until he realized she couldn’t hide her reaction to him.

What Jeremy doesn’t know is why she left, whatever her secret is. Whatever her reason was for disappearing, Jeremy is determined to find out everything. But when he does, he may wish he’d never found her.

Reading and listening to these stories since the beginning has been a fantastic journey, so much so that I can not wait to read the next book. Since Jeremy has been young he has been more on the wild side. All of a sudden his best friends sister comes back into town and she is not alone. I won’t ruin the story for you but definitely worth the read. Highly recommended.

This was a nice book, very well written. It had strong, honest characters, reflecting good people, good families and good values, facing a difficult situation. Perhaps the story was a bit too short and resolved quite simplistically, while the topic and these interesting characters could have allowed much complex and longer paths to HEA. I think I would have enjoyed reading previous related stories before this one. I usually love meeting my favorite characters again. And I guess I found many of them because they were all lovable. :)

Great addition to the series!

I got hooked on Lorhainne Eckhart's books when I started listening to her audiobooks. I'll Always Love You is the latest audiobook in her wildly popular The Freissen's series. I haven't yet caught up on all of them but I'm working on it. 😊 I'll Always Love You is a great story. It's a tad bit coarser than some of her other books (lots of F-bombs) but that doesn't bother me as I'll read anything from sweet to definitely not sweet. 😊 Tiffy and Jeremy had one night together and that's all it was supposed to be. Jeremy moved on and Tiffy moved away. When he finds out that she's back in town he keeps thinking about that night and can't seem to get her out of his head. Then he finds out she's been keeping a big secret from him. These two sure throw sparks off of each other! In the beginning Jeremy is pretty much a cocky jerk. He makes no secret that he has had sex with several girls and that they all know the score – he's not looking to settle down. Tiffy's return to home changes all of that and he grows up in a hurry and accepts responsibility for the things he's done. Once again, Lili Dubuque has done a great job narrating another great story in this family saga. I'm looking forward to more of them! A complimentary copy of this audiobook was provided to me but my review was voluntary and not influenced by the author.