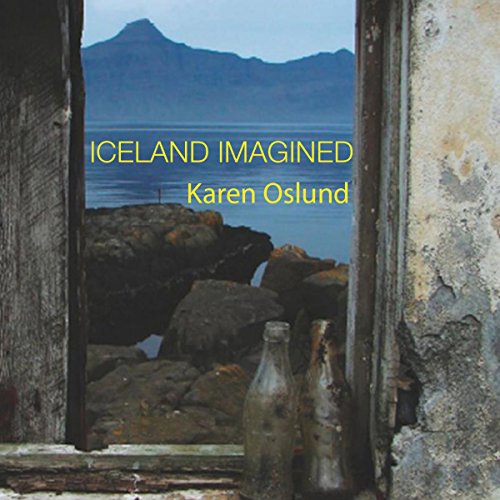 Iceland Imagined: Nature, Culture, and Storytelling in the North Atlantic

Iceland, Greenland, Northern Norway, and the Faroe Islands lie on the edges of Western Europe, in an area long portrayed by travelers as remote and exotic - its nature harsh, its people reclusive. Since the middle of the 18th century, however, this marginalized region has gradually become part of modern Europe, a transformation that is narrated in Karen Oslund's Iceland Imagined.

This cultural and environmental history sweeps across the dramatic North Atlantic landscape, exploring its unusual geography, saga narratives, language, culture, and politics, and analyzing its emergence as a distinctive and symbolic part of Europe. The earliest visions of a wild frontier, filled with dangerous and unpredictable inhabitants, eventually gave way to images of beautiful, well-managed lands, inhabited by simple but virtuous people living close to nature. This transformation was accomplished by state-sponsored natural histories of Iceland which explained that the monsters described in medieval and Renaissance travel accounts did not really exist, and by artists who painted the Icelandic landscapes to reflect their fertile and regulated qualities. Literary scholars and linguists who came to Iceland and Greenland in the 19th century related the stories and the languages of the "wild North" to those of their home countries.

Karen Oslund is assistant professor of world history at Towson University in Maryland.

The book is published by University of Washington Press.

"The great contribution of Iceland Imagined is to help us understand the mental geographies that over the past quarter millennium have come to define the North Atlantic - and that teach us more than we might think about the rest of the world." (from the Foreword by William Cronon)

"An excellent work, covering unusual ground. Not only does Iceland Imagined nicely chart important historical contours in the North Atlantic region, it offers numerous useful and original observations on themes in history, anthropology, literature, and linguistics." (Gisli Palsson, University of Iceland)
"The great contribution of Iceland Imagined is to help us understand the mental geographies that over the past quarter millennium have come to define the North Atlantic - and that teach us more than we might think about the rest of the world." (from the Foreword by William Cronon)

The author, Karen Oslund, clearly knows what she's talking about where Iceland is concerned. There are many facts put forward in this book on a number of different facets of Iceland's history and culture. However the information is presented in such a bland, factual, narrative-free manner as to make the book almost impossible to listen to. This is not helped by the fact that the narrator seems as bored reading the words as I was listening to them. The presentation is as flat on her voice as the words are on the page.

If you want to know more about Iceland, find something else. I recommend The Modern Scholar: The Norsemen, Understanding Vikings and their Culture. The lecturer is dynamic, funny, and presents a condensed history of Iceland that was so enjoyable I listened to it twice in one weekend, and parts of it three times.

A book you need before you go to Iceland

Absolutely. It gives a good background of Iceland and the North Atlantic, dispelling some myths and misconceptions along the way.

While well researched this audible book really belongs more in the category of an academic work rather than a comprehensive guide for an individual wishing to learn more about the history of Iceland. It is rather technical and delivered without much voice inflection or emphasis on key themes that would improve its value to those interested in learning more about the history of this part of the world. In addition Audible books should know better than to leave out chapter numbers as the listener cannot assume voice inflection indicates the beginning of a new section.

Iceland in context; breadth and depth

This is a very interesting and thorough look at Iceland in its historical, cultural and regional context. It is dense, in a good way, and will appeal to people who would like to learn about this fascinating country and its broader region analytically through a range of aspects. The narration good. It is in a calm, clear, voice, with just the right amount of inflection. I'm glad I did not let the other, negative reviews deter me from buying this audio book.

My wife and I are going to Iceland this year, so this book should have been a good backgrounder for our trip. It was terrible. I don't know how it got published, let alone recorded as an audio-book.

It had thousands of worthless facts and no useful information. I did not learn anything useful or interesting about the Icelandic people or their country.

History should be a story, not a recitation of random facts and academic references. There is nothing that could have improved this book short of a different author.

If your an anthropologist you'll love it

I have a Phd in cultural anthropology, in the initial chapters I was LOVING it, although I could see how it could overwhelm the average reader. Even I (and I'm familiar with most of the cultural theoreticians she mentions, such as Edward Said and Diamond) found myself listening, pausing, backing up and re-listening to some of the more complex concepts she's trying to explain -- so I can see where a person less used to this sort of deeply theoretical speak would have their brain go numb, which we tend to confuse with boredom -- because their brains simply aren't trained to look at the world this way. In these early chapters the title of the book was incredibly accurate, yet obtuse as the story has focused on how those of us who are NOT from iceland, imagine iceland to be, and how that 'imagined reality' has been constructed and deconstructed over time due to various influences (that have been different in the 1800's, 1900's, 2000's, etc). We as travelers come to iceland for the first time (and over time) expecting certain things of it based on our preconceived ideas of is it part of Europe or not, part of the arctic region or not, etc., and all of that goes into how we as people who've never been there before imagine it in our own heads. She places all of these ideas and conceptions against the historical and factual realities of the place, as it changed over time. About half way through however the title seems to have NOTHING more to do with what the book becomes. Instead of being about Iceland it seems to focus its attention on Greenland, which is interesting but I wanted a book on Iceland. And then in the final chapters it gets all obsessed with issues of the political fight for which languages the two nations speak and why... all of which is going off on a political linguistics tangent that was only vaguely interesting. Basically the book almost seems like one author started writing it, and then the 2nd author who steps in on her coat tails shoved in stuff that was interesting to him but had nothing to do with the book she'd started out writing.

This might be a good book for people studying the history and culture of Iceland but by no means intended for visitors. Much of it is spent describing tangentially related subjects.

Hard to listen to

What disappointed you about Iceland Imagined: Nature, Culture, and Storytelling in the North Atlantic?

This book was dry. Very difficult to get through. Disappointing. The narrator did her best to make the boo interesting, just had nothing to work with.

She did her best with challenging material

I just wanted it to end. I was hoping to get some color on Iceland. What I received was a doctoral thesis.