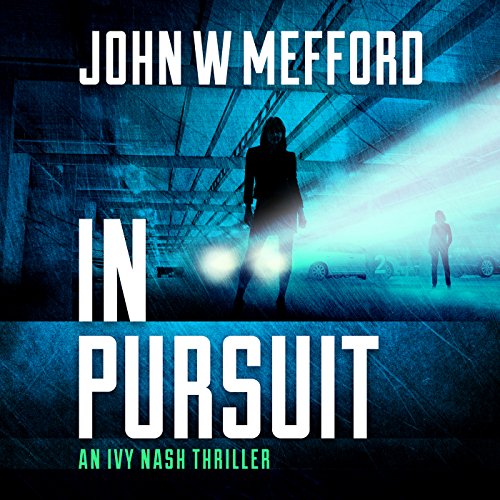 The hunt is on...but who's the one being pursued?

A serial killer is terrorizing San Antonio, and the method of murder is beyond macabre. As Ivy Nash is pulled into the case by her police detective friend, Stan, there appears to be one intersecting point between the victims - Ivy herself.

Meanwhile, Ivy and her new organization, ECHO, take on a case for a run-away teen whose parents have disappeared. Was it self-imposed, or is something more nefarious going on?

Moving at a break-neck pace, the parallel trails to stop the killer and to find the missing parents seem both murky and crystal clear. But just as Ivy believes the end is near, past connections are slammed in her face - and nothing will be the same.

A man wants retribution. And he'll do anything to ensure Ivy suffers.

If they know Ivy they're not safe...

This is the second book in the Ivy Nash series. She's just getting over being kidnapped and brutalized (you'll have to read book one for the details). Meanwhile there's a serial killer just getting started in town. From the first murder there are similarities to what was done to Ivy short of murder. The second woman killed was a former coworker that never got along with Ivy. And the hunt for the killer is on. Ivy has a premonition that it is someone from her past. Maybe a foster parent holding a grudge for getting them in trouble.
At the same time she has a new case. A homeless 17 year old girl has come to her to find her missing parents.
I can't say anymore with out giving away the unexpected ending but I will say that the two collide. I really like this series. With the first book I kept thinking it reminded me of either the Fixer or Shaye Archer. With this book I thought she reminded me of Lizzie Gardner with her teenage girl sidekick running a private detective agency.
Julia Farmer does an excellent job narrating.
I HIGHLY RECOMMEND this book.
If you found this review helpful please indicate so.
Thank You.

IN Pursuit is Book 2 in the Ivy Nash Thriller series. Ivy is the ultimate target of the killer. There are lots of action and extreme suspense. Narration by Julia Farmer is first-rate. I prefer the Ivy Nash series to the Alex Trout series, but author John W Mefford does a great job with both.