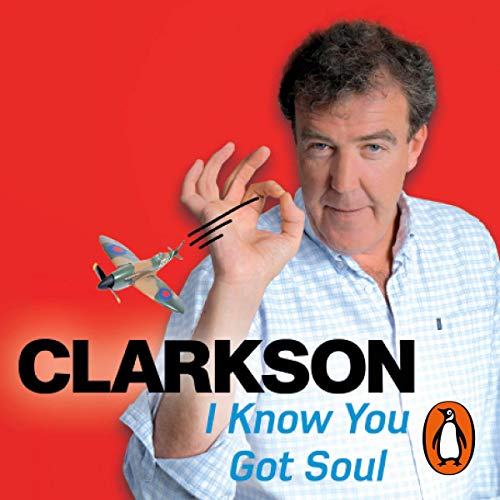 I Know You Got Soul

Penguin presents the audiobook edition of I Know You Got Soul by Jeremy Clarkson.

It will come as no surprise to anyone that Jeremy Clarkson loves machines. But it's not just any old bucket of bolts, cogs and bearings that rings his bell. In fact, he's scoured the length and and breadth of the land, plunged into oceans and taken to the skies in search of those rare machines with that elusive certain something. And along the way he's discovered:

In I Know You Got Soul, Jeremy Clarkson tells the stories of the geniuses, innovators and crackpots who put the ghost in the machine. From Brunel's SS Great Britain to the Spitfire and from the woeful - but inspiring - Graf Zeppelin to Han Solo's Millennium Falcon, they were built by people who love them - and we can't help but love them in return.