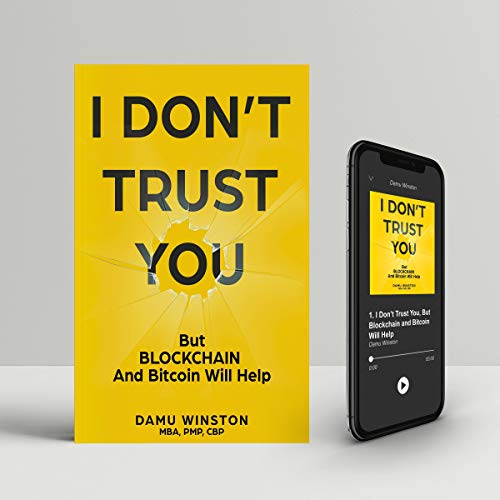 I Don't Trust You

I Don’t Trust You captures the sentiment many of us share about almost everything. Let’s face it: We all have trust issues. And the complexities of trust are compounded and magnified by our ability to access unvetted information globally, wirelessly, and in real-time. What is considered fiction or fact, authentic or copied, real or fake is made relative based on what is trending.

There was a time when the internet was only for geeks, nerds, and IT professionals, and the average person saw little value in it. Look at us now. The internet as we know it is an indispensable, inescapable part of our daily lives, so much so that our physical relationships have become increasingly blended with the digital (#phygital).

Chances are you suffer from what psychologists call “nomophobia” (ie, no-mobile-phone-phobia). It’s a real thing; look it up. Do you unlock your phone eighty times a day like the average smartphone user? Do you check your social media at least once a day, like 85 percent of Facebook’s 2.5 billion users? Have you ever experienced a phantom vibration (the sensation of your phone vibrating when it’s not)? If so, you have an addiction. You are living in a psychological reality seemingly dependent on the internet. A world where data is the new everything. A world where you freely share your children’s most private moments in exchange for “likes”. A world of blind trust that the Establishment will act in our best interests, physically and digitally, even though history has only proven the opposite. The truth is that we do not own our own data—governments, corporations, and identity thieves own it.