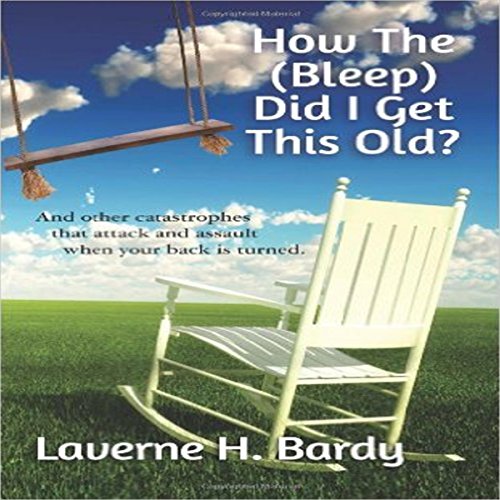 How the (Bleep) Did I Get This Old?

How the (Bleep) Did I Get This Old? showcases the best of "Laverne's View," a humor column she began writing in 1999 that has been syndicated since 2004. The author returns to the single life after the breakup of a 21-year marriage. Men are older, but still motivated by the same primal urges, and four decades and three children later, she is still trying to preserve her virginity.

Years bring bodily assaults, including cataracts, joint replacements, sagging boobs, and a dying libido. Bardy describes the virtues of growing up in the 40s and 50s when people survived bike riding without a helmet, driving without a seatbelt, and being flashed by men in trench coats without needing years of therapy. She curses her battle with weight, trading high heels for practical shoes, plastic key tags, never-ending junk mail, and packaging that requires iron hands and an act of congress to open.

After 23 years of vowing never to remarry, she succumbs to the charms of a man she meets online. When he proposes, she suspects she must really love him because thoughts of marriage don't send her fleeing to the porcelain throne.

Ce que les auditeurs disent de How the (Bleep) Did I Get This Old?