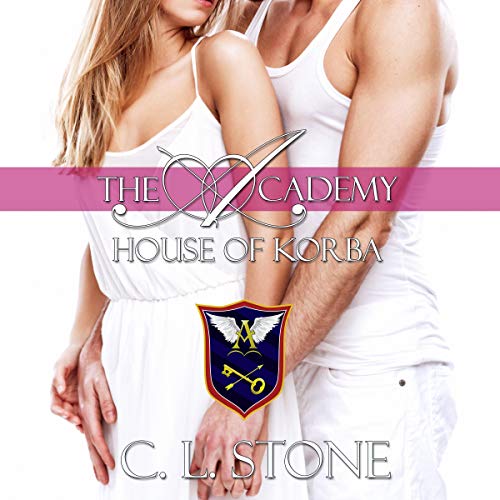 It's homecoming week at Ashley Waters, but Sang Sorenson has a lot more on her mind than dresses and crowns. Silas's troubled past - full of secrets he and his team thought they'd buried - comes back to haunt him, threatening to ruin everything.

Silas tries to deal, but guilt weighs heavily on him and Sang realizes she might be the only one who can help him keep it together.

Bomb threats have increased. They are followed at every turn. The principal is resorting to drastic measures to make sure they're all going to be kicked out. Pushed to their limits, Kota, Victor, Silas, Nathan, Gabriel, Luke and North, along with other members of the Academy, have finally had enough. This time, more Academy members are brought in to help hunt down the culprit, and keep everyone safe. It'll cost the boys, but in the end, even a bittersweet victory is better than disaster.

This time, they're getting what they need. All it takes is learning the line of when to let go, and when to never give up

This book has everything! Excitement, suspense, laughter, new experiences, confessions. C.L. Does such a wonderful job with the storyline! The relationships between Sang and the guys builds so well and so naturally. This is one of my all-time favorite series.
Natalie does such a good job with the narration. She really sells Sang and her innocence. And having to do voices for so many male characters has to be tough. But you can always tell who’s “speaking”. Very impressive!
And Bonus!!! We get to hear “A Touch of Mischief” too!!! A bonus novella set on Halloween morning and afternoon before the go to the dance. Yay!!

Natalie Eaton did an amazing job at making each character's voice differentiate. She did an fantastic job with the boys voices. Quite impressive.
C.L. Stone never fails at providing flawless writing that will keep you at the edge of your seat craving more and more. The individual relationships that Sang has with each of the boys is so unique. Her tenderness is so sweet. I cannot wait to begin the next book!

Exceptional! Good pacing, Narration, Plot, and Audio quality. highly recommend!
This book includes the short side story "Touch of mischief" as well incase you were worried about missing out in it.

I am in love with this series! I know I am in love with a series when I do not take a break in the middle to read something completely different. As a more mature reader, I do not have any problem becoming a teenager in this world of characters and plot twists that go on and on and on. I cannot wait for the conclusion, but I never want it to end. #ForeverYoung #Tagsgiving #Sweepstakes

One of my favorites!

This one is one of my favorite books in the series. Love the sweetness of Silas. They have included a special extra at the end of the book so keep listening after the A Report. Hope they do this again. Very cool addition to the story!

Love this book like all the rest in the series. The characters truly do come alive. Can’t wait till the next is available as an audiobook!