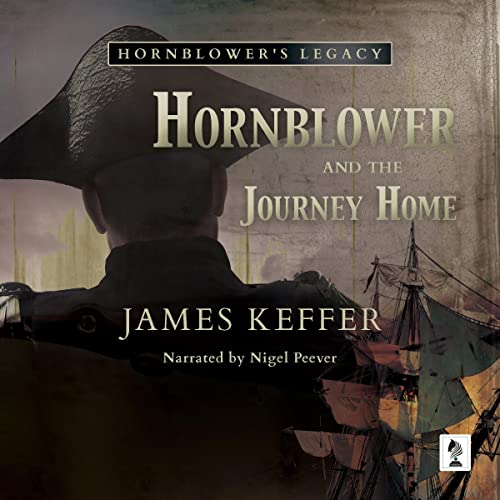 Hornblower and the Journey Home

The year is 1840. Twenty-three years ago, Horatio Lord Hornblower was governor of the island of St. Helena and hailer to its only prisoner, Napoleon Bonaparte. First mutual respect, and later shared tragedy, forged a clandestine friendship between the two men.

Now King Louis Philippe of France has requested that the remains of the late emperor be returned, and Queen Victoria has granted that request. The French have also requested that the former Governor Lord Hornblower attend the exhumation as the official British representative! Hornblower knows the situation is a veritable powder keg; the Ultra-Royalists, led by the ruthless Duke of Angouleme, will stop at nothing to prevent Bonaparte’s remains from returning to France, while the Bonapartists, led by the late emperor’s nephew Louis-Napoleon, hope to use the return to stage a coup and establish a renewed French Empire. However, that would cause Tsar Nicholas of Russia to declare war and invade France!

Hornblower must do his utmost to ensure the mortal remains reach French shores safely to pay a debt he has owed for over 20 years.

Hornblower at his best

Hornblower and the Journey Home.
Another great Hornblower tale.
I love the formality of the language between the officers and the descriptions of battle.
It will go into my relisten file.
Nigel Peevers narration is first rate and leaves you believing you were there.