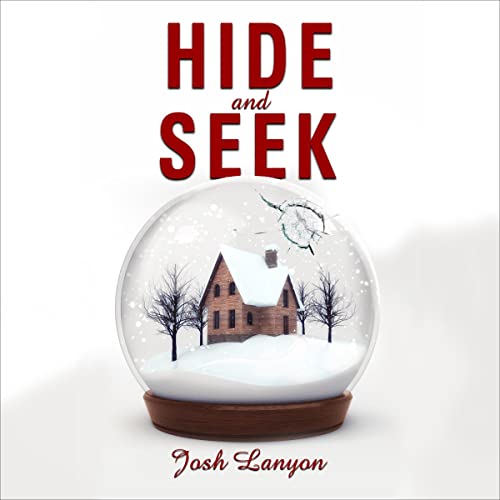 For museum curator Andrew Allison, the sleepy little Maine village of Safehaven has always lived up to its name—until now. Fleeing an abusive relationship, Andy has returned to Safehaven for a few weeks while he figures out the future and helps elderly Uncle Cuthbert run his antiques shop. But when Andy arrives, he learns Uncle Cuthbert is in the hospital, critically injured, the victim of a late-night break-in.

Worse, one of the first messages on the shop’s answering machine is from Marcus, Andy’s ex, demanding to know Andy’s whereabouts.

Nor does the bad news stop there. It seems whoever broke into Time in a Bottle is still looking for that mysterious whatever. Something they didn’t find the first time. Something they now believe Andy has.

Something worth killing for?

The good news is former bad boy Quinn Rafferty, Andy’s high school crush, is back in town and interested in renewing their acquaintanceship.

Quinn is not a man to run from things that go bump in the night, be they mysterious midnight prowlers or a relationship-shy, fish-out-of-water museum curator.

But Quinn has a few secrets of his own....

📖 Story comment: The concept was good, but parts of the story felt flat and it wasn't to the usual standard I've come to expect from this author. Hopefully, as the first in a series it will develop a little more ... what word am I looking for ... dimension. It was interesting enough that I will give the next instalment a chance.

I'd call it an easy pace, something to listen to in the background while doing something else, the only problem with that though, is I found there wasn't enough difference between the dialogue and the characters and I'd lose track of who was speaking. I would have liked a little more character development, but perhaps that will come.

🎧 Narrator comment: James Woodrich is a new narrator for me, and looking at his available catalog, he hasn't had a lot of experience with this type of story. The potential is there and with practice he will be a great narrator, but this one falls a little short. There's some difference between the voices of the characters, but I would have liked it better if there were more, and a stronger difference between the characters and general dialogue. His timing is generally good, but at times came across a little monotone and would have been better with a little more expression and/or emotion. Its a reasonable performance though and I wouldn't not listen to another title narrated by him.

This is probably one of the weakest stories I’ve read by this author. Unfortunately, like so much, Josh has decided on a specific format; cozy murder mystery, antiques etc. but this one has very little substance. The ending was anti-climactic, she still does not know how to use the word “aggravate“ Which is a pet peeve of mine I’ll admit, and Minnie subplots or left dangling. I guess she’s just in it for the money and cranking out as fast as she can. If you like her and you’re not too picky, there are some highlights in the story: she is excellent at characterization, setting, And those other little details. Overall, this is a mediocre story when compared to her other works in my humble opinion. Hope this review helps

I read Josh Lanyon's Hide and Seek in her Patreon chapter by chapter, so I was really looking forward to listening to the audio version.

This is a clever mystery, with some of the hallmark twists and turns I adore in Lanyon's writing. And such terrific charcters! I loved Andy, he's got the whole underdog vibe down, and I was rooting for him from the start.

As tends to be her way, Andy's love interest Quinn isn't immediately trustworthy or likable. I always enjoy the conflict Josh Lanyon builds between the MCs, the sense that everything isn't always going to come up roses, keeps it interesting. As I always tell new Fanyons: "stay the course, and have faith!" because at the very least, we can count on a happily for now.

The narrator, James Woodrich, is new to me. He does a nice job with the voices, and his inflections worked well with the story. And I'm giving Mr. Woodrich a few extra points for actually singing the Beatles lyrics. That was fun.

I really enjoyed this story, especially the two main characters. Josh Lanyon does it again! If you like the Secrets and Scrabble series you’ll love this.

I was very excited to start this book and was not at all disappointed. I love Josh Lanyon's writing as usual and the way the story is woven together. The narrator is great.

Great start to a new series!

For 16 years Andy thought that Quinn was dead (instead of escaping his murderous grandfather), but he shows up just when he's needed the most. Trying to escape his own abusive relationship and fearing for his uncle's life (badly beaten during a business robbery, Andy feels his own life spiraling out of control. And then there's the odd man seeming to be pulling rabbits out of a green fedora.
So starts a great new series that looks to prove as riveting and unputdownable as the Secrets and Scrabble mysteries! Lots of action/interaction, plot twists, red herrings, and colorful characters. Loved it!
James Woodrich does a wonderful job with interpreting the story, situations and characters and has a very pleasant voice.

Another Winner for Josh

Josh Lanyon is on my Buy on Sight List for a reason.😁

This was a really good book. I enjoyed the plot paving and the characters were interesting. Also, bonus points for the narration of James Woodrich! Not a narrator I was too familiar with but anytime the narrator breaks into a little song, I was pleasantly surprised. This was an easy listen and it passed the time of my long holiday road trip easily!

I can't resist any Josh Lanyon book. I am working my way through the backlist, and like the earlier books, this book has something that catches my interest. I like the way Lanyon adds mystery to both the characters and the plot. Who is Quinn? Why did he return to his home town after a long absence? How is he involved in the mess that Andy gets wrapped up in?

Interesting story with layers. The book is a standalone, but I could see the potential for more stories taking place in this setting, and I would read them.

The narration was decent, but the performance was more like being read to than an actual theater style performance that most audiobooks are given nowadays.

The narrator was terrific and I liked the story, but the audio editing had a quirk that jarred me every single chapter.

As written, this being a mystery, Lanyon’s chapters often end with a mild cliffhanger or information reveal. But almost as soon as the narrator finished saying the last syllable of the chapter-Chapter Next would interrupt. Give the listener a second the savor the implication the author has just made! The narrator has just used great intonation for us to recognize the danger! inherent in what was just spoken-And the audio editor jumps on top.

Definitely not a reason to avoid the book, but annoying.