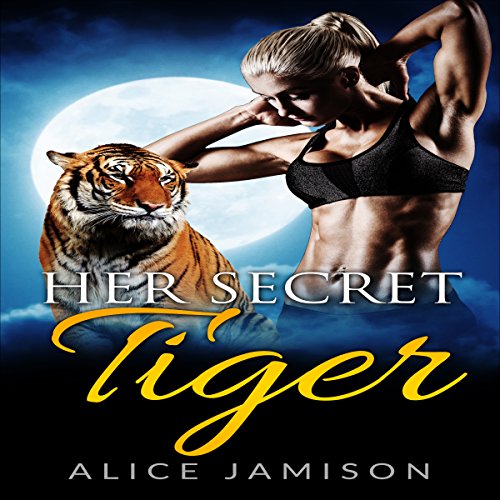 Dana just found out she is a Shifter. She also just found out that she was adopted at birth and that she is supposed to marry the son of the Alpha. Dana meets Merrick and feels like he is hers, but she doesn't know what that means. Not the way that tigers take it at least. Will she find love?

Merrick was told from a young age that he was to marry some girl to bring his pack and another pack together. But before she was born her mother and the baby she was carrying disappeared. Merrick never thought that he would find his mate let alone the one he was supposed to marry. Will he take her as his mate?

This book had a lot of enthusiastic reviews, so I looked forward to listening to it; I like good shifter stories. I didn't really enjoy the sample, but figured it would get better with all the positive reviews.

Unfortunately, this was not a good audiobook. I expected insta-love with such a short book, but the story was weak and the narration was stilted with a lot of long pauses; I kept checking my phone to make sure the audio was still playing. I only finished the book because it was so short.

I mostly star-vote and don't write lengthy reviews. I really didn't want to write something negative - I tend to say 'good job' or keep my mouth shut and move on - but I felt I had to add balance. I, like many others, read reviews to help decide which audiobook to pick out of the vast number of them. The reviews for this book made me think this was a not to be missed story, and that was simply not the case.

I understand that authors do sometimes write books that are a bit off their game, compared to some of their other works. When picking a new (to me) author, I tend to try one book first, and if I like it, get more. If I didn't like it, I still read what others say, to see if I maybe picked the one that their fans didn't enjoy as much. Since most of the reviews for the available books are over the top glowing for both the author and the narrator, like for this book, I'm leery this time.

I like how the characters end up in the story especially Dana's biological mother. She's a strong woman like every mother should be. I learned some lesson from this book. Can't wait for this month to end for my next installment.

The plot has numerous twists and turns. I would strongly recommend this book to anyone who wants to read the story, both audiobook and pdf version.

Alice nailed it once again!

This is my second book from Alice Jamison and I do love it. Please keep on writing more romance book for us!

I don't wanna end the story

Her secret tiger is a superb romance book. However, I am sad that it ends too soon. 51 minutes isn't enough for me for I truly enjoyed the story since the beginning until it ends. So I hope there is a sequel.

Dana's mother is my favorite character in the story. She did everything just to protect her daughter. I know it was so hard for her to give up her daughter to give her a good life in the future. Tear-jerker book.

Great story-telling of an extremely interesting story. The narration was spot on and Shawna kept me hooked for 51 minutes. I couldn’t stop remarking to everyone how great this book is. Very well written, hard to put down.

Good But I Hoped For More

This is one of my favorite book ever made. The author has outdone herself once again. Please keep on writing more books.

It has a blend of suspense, mystery, romance, and paranormal genres, and that makes the story compelling. This book got my attention for the whole 51 minutes. Highly recommended.

Her Secret Tiger must be made into a movie

I like the plot line of the story and I think it is much better if this will be made into a movie. If you never read/listen Her Secret Tiger, download it at once. This is a masterpiece.