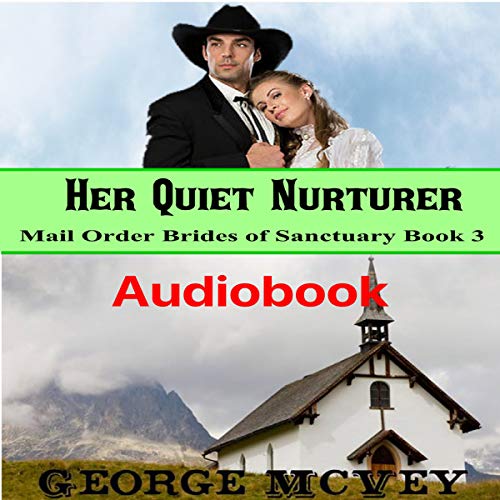 “I’m never going to marry her. I sent for a lady, not that.”

With those words, Virginia Snow’s intended dropped her like a hot potato. The man she was running from is two days away and planning to take her back to Chicago by force. What’s a broken, penniless widow to do?

All she wanted was a chance at a good life with a man who wouldn't hurt her like her dead husband or his business partner would. Now all hope is gone - or is it?

Glenn Williams has lost at love. He brought a woman from back East to marry only to lose her to his brother. Glenn wants a wife, but there aren’t any prospects. Until he see’s one of the mail-order brides being accosted by her intended in the street. Imagine his surprise to find his heart falling for the broken yet beautiful Virginia.

When he learns of her plight, he knows he needs to protect her. He surprises himself, saying the words “I’ll marry you”.

Will a farmer with a reputation for being inattentive and a widow with more emotional scars than anyone should have be able to find love? Or are they sentenced to live together never connecting?

Glenn knows he’s in for the biggest task of his life. Virginia wonders if her heart can heal or if she’s destined to end up back in Chicago in worse shape than before she left. It all depends on her new husband, Glenn Williams, her quiet nurturer.

So for those who are reading this as a standalone won’t cry, but those who kept up with the series might bawl their eyes out. Glenn finally being able to find someone who gets him and loves him for him tugs at the heart strings. He grows so much in this book! I jumped for joy!

Knight comes in riding a horse

This was a great book. I loved seeing Glenn get his chance at love. This book can be read as a stand-alone, but was better knowing the history of the other characters in the book. Glenn continued to be a quiet farmer, but when he came upon a woman being yelled at in the middle of the street, his protective side came out. Victoria is a quiet, timid woman that has been beaten and belittled all her adult life. The attraction between Victoria and Glenn was instant. I love how the couple brought out the best in each other. The love they have for each other is very evident. Victoria was running from her former husband's business partner who was coming to steal her away. When the business partner shows up, the town takes up arms to keep Victoria and Glenn safe. I recommend this book to anyone that loves tender, sweet, clean romance. The narrator was great at keeping the book interesting and engaging.