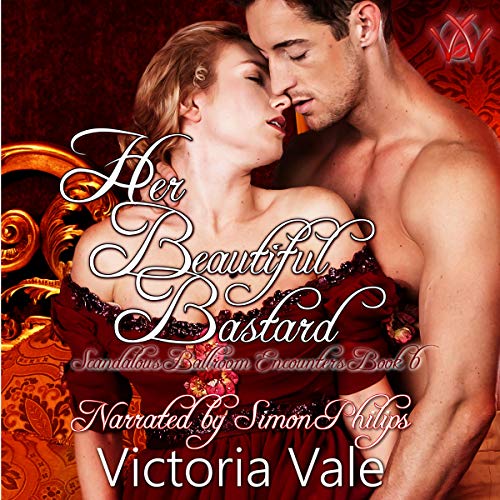 A kiss neither will ever forget...a forbidden attraction that can’t be denied...

After a disastrous first Season, Lydia Darling abandons all hope of love and marriage. A simple country girl, she does not belong among the debutantes of the ton. Rather than rely on her family for the rest of her days, she chooses to find work as a governess, a position that allows her to hide away from the society that shunned her. However, she cannot seem to forget the mysterious stranger she encountered at a ball during her Season...a man whose kiss haunts her dreams. He never even told her his name, yet Lydia cannot forget the one man who made her crave his touch in a way no other has been able to since.

Sinclair Clayton thought he’d never see the young lady he kissed in a garden during a London ball four years ago...until she turns up on his doorstep applying for the position of governess to his young son. He finds his heart quickly ensnared by Lydia, the strength of their attraction growing more powerful the longer she remains in his home. The illegitimate son of a viscount, he’s always stood on the fringes of society, never feeling as if he belongs. All that changes when he is in Lydia’s presence, and with her becomes the place he knows he should be.

Yet Sinclair’s loveless marriage to a woman who has made his life a living hell from the moment he said "I do" prevents them from being together. That does not stop them from wanting one another, despite how hard they fight to resist their visceral connection. Will the whims of fate ever allow them to spend their lives together, or are they doomed to long for each other while remaining apart?

This is my 4th book from the Amazing Ms. Vale, and as always she never let's me down! I Loved this book and Author. Her Beautiful Bastard is a perfect fit for this love story! Lidia and Sinclair ♡♡ I have more than one favorite part of this emotional, sexy, steamy love story! This is a lovely, fun and hot story of two souls destined for each other. One of my many favorite of this love story, is how the ending, after getting married they end up on a tree and make love! I never thought I would like a male narrator, but I love Mr. Simon Philips. His English accent, the tone of his voice and, he does a great job speaking the female voice! I have been reading Historical Romance for over 25 years, but Ms. Vale is my favorite!

This was my first Victoria Vale's book. This is book 6 in the Scandalous Ballroom Encounters Series. I haven't read the first books in the Series. This Regency Erotic Romance is also a Second chance love story. The story is sweet and sensual, but also heartbreaking, emotional, filled with drama. The main characters, Lydia and Sinclair are great together and their chemistry is strong. I loved the ending. Simon Philips has a cute English accent and his conversational voices are great (woman and man). I received this free review copy audiobook at my request and I have voluntarily left this review.

I loved it! the storyline was incredible and the book was hot... I liked the fact you actually had a good storyline and the narrator did a good job but he read the book a bit slow for me.. but when I put it on 1.15 it was perfect I was given this free review copy audiobook at my request and have voluntarily left this review

The story of Lydia and Sinclair beats all odds! The narrative done by Simon Phillips started out as a bit stiff but when it came to the voices and the emotions of the characters he was awesome! Read a little too fast in the between character’s lines but over all was beautifully read. Received as an advanced audio copy for an honest review. Great love story and loved being able to listen to it as well.

Love At First Sight, Separation, and Road to Each Other

A heroine, Lidia, and Hero, Sinclair, who find an immediate connection only to be together...yet. Lidia decides after meeting her H, that no one else will compare and therefore becomes a governess. Sinclair, who tells Lidia when they first meet he is a bastard and also while holding more secrets from her says he is wrong for her. Lidia, after 4 years, finds herself as a governess and Sinclair is the father and married. The sweetness and desire to do the right thing plagues this young couple...Many things are discovered, many feelings held within...A sweet romantic love story. Love Lidia’s family...looking forward to more. This book was given to me for free at my request and I provided this voluntary review

What a nice way to spend a day. I enjoyed the story very much. The author did a good job making the reader feel the love and longing between the main characters. The narrator did a great job with the voices. This is definitely worth a read. I received a free copy of this book and am voluntarily leaving this honest review.

another it from the lovely Victoria Vale

I’ve never wanted to climb a tree until now! Lydia meets the man of her dreams when she is sitting in a tree (to escape the party) and her shoe falls and lands on Sinclair’s shoulder. They have an instant connection but he must leave. She goes home but cannot forget that kiss. She is now a Governess and gets the job in the home of them man she fell in love with so many years ago in the tree. What happens next is an adventure in love, a little heartbreak, drama and hot sex. OOOH his wife is EVIL!!! (Yes, I said wife but you MUST MUST MUST give this book a chance). There is a wonderful HEA!!! This audio book is great and Simon Philips does a wonderful job of narrating. I love that I can put this on in the car or while I’m on the treadmill and I feel like I’m in that time period and I feel every emotion the characters are going through. I love Lydia shocks them all when she shows she can shoot. This another awesome story by Victoria with Simon narrating.

Victoria Vale never disappoints, and she bats this one out of the park. Sinclair Clayton is a beautiful, wonderfully drawn character, his story a heartbreaking one. A loveless marriage to a diamond of the first water, Drucilla, leaves him bereft and empty. His honor doesn't allow him to reach out for Lydia Darling; one fleeting kiss bound them together in their hearts, but not in their lives. This book is well paced. The narrator, Simon Philips, delivers the story is such a warm, silky, and sexy manner. I loved loved loved this audio book. I hope you will enjoy it, too.

Her Beautiful Bastard is a hot period romance about a governess and her married employer. It is an entertaining story, but the sex scenes, once the relationship gets intimate, are long and excessive to the point of distracting from the story. Adult readers only. Clearly this story is not for everyone, and if you are the least bit offended by long sex scenes in books or couples cheating on their spouses, this is not a book for you. The narrator is alright. He does a good job with character voices, but his voice is a little monotonous at times and in the more intimate moments, it really didn’t work for me. I think a female narrator might have been a better choice for this book. I received a complementary copy of this audiobook. This is my honest and voluntary review. 

A love so true

I loved this heartbreaking tale of a love and devotion to one another across years. Sinclair and Lydia were well developed. I fell in love with them both and young Henri as well. Narration was well done.