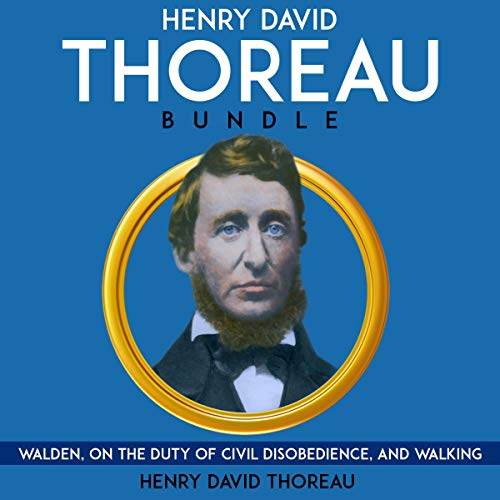 Henry David Thoreau was a 19th century American writer and lifelong advocate for the abolition of slavery. His written works are many and varied but he is perhaps best known for works such as Walden, a book which promotes the idea of simple living in natural surroundings and for Civil Disobedience, which argues that the general population should not simply sit idle while those elected to government ride roughshod over their wishes.

Of his other published work, Walking stands out as one which deals with the importance of nature to mankind, something which we are becoming increasingly aware of, and the reason that we cannot survive without it, either physically, mentally, or spiritually.

Now, you can own all three of these perceptive and illuminating works in Henry David Thoreau Bundle: Walden, On the Duty of Civil Disobedience, and Walking.

Each is a work that is well ahead of its day in terms of thought and each reflects much of what we still face in the world today.

Allow the ideas of Henry David Thoreau to show the path that we should be taking and to shine a light in the darkest corners with this great audiobook bundle!