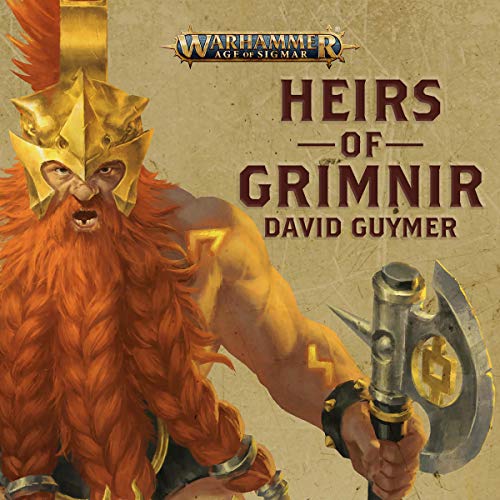 When the Runefather of the Unbak lodge is killed, his Runesons set out to find his killer and avenge him – with the throne going to he who wins the day!

Listen to It Because

Discover the fate of the Unbak Fyreslayers after Gotrek Gurnisson left their company. It's a tale of loss, grief, anger, grudges, and vengeance – everything you want from a duardin story!

The mighty Unbak lodge is beheaded. Runefather Aruk-Grimnir and his heir, Angruk, have been assassinated in their hearth by a vile and mysterious foe. To restore the honour of the Unbak and determine who will take up the mantle of Grimnir, the fearsome Runesons declare that whoever can slay the killer of their kin will be declared Runefather. It is a perilous task that will take the Fyreslayers into the heart of enemy lands, battling the most ancient foes of the duardin: the accursed skaven and fiendish grots. It is a deed no true son of Grimnir would turn from. Can the Runesons restore the honour of their lodge, or will they fall alongside their father and brother?

This story was really well read, though I had issues with the plot. I feel it was too ambitious for such a short span of time. I think in all truth that it would have been 5/5 as a full length novel. It has a lot of potential and the characters were extremely likeable. I cannot complain, I just wished for me by the end.

This audio drama basically boils down to an hour angry dwarfs yelling at each other, and I kind of love it for that. Pretty well acted, but the story kind of paints the Fyreslayers as incompetent jerks who will blunder into anything because they're too hopped up on testosterone. Pick it up if it's on sale, but don't waste a credit on it since it's short and mostly a tertiary entry in the Age of Sigmar lore.