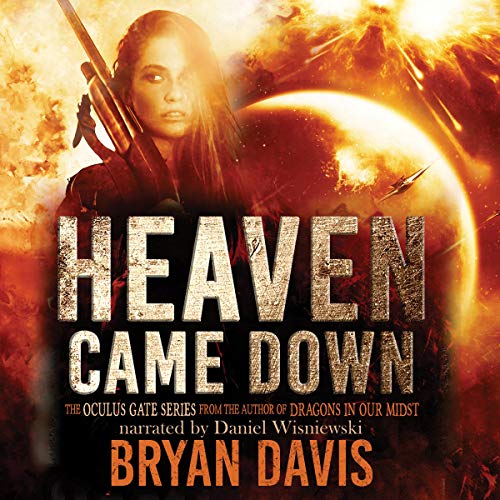 In the chaotic aftermath of apocalyptic war, the strange lights in the sky heralding the coming of unearthly beings seemed like an answer to prayer. When the heavenly visitors entered selected people and transformed them into angels who demanded obedience in exchange for the restoration of order, the majority accepted their new rulers.

But Ben Garrison and his siblings, Jack and Trudy, have seen a dark side to these so-called angels. They join a rebel faction with one goal: destroy the invaders and free the world from their tyranny.

When the rebels catch wind of an angel plot to invade the resistance region and spread a deadly contagion, the Garrisons embark on a crucial mission to swap the angel troops’ vaccine with a fake injection, stealing the real vaccine to save the rebels. The catch: Ben and Trudy, in disguise as doctors, must volunteer to become implanted by angels and fake their implantation.

The rebels’ plan, however, is soon exposed, jeopardizing the mission and their lives. Their only hope for rescue lies in an odd bounty hunter, a young angel priestess, and a mysterious spy embedded among the angels - a woman whose identity the rebels have yet to discover.

This is the first book I've read by Bryan Davis. My daughter loves his Dragons in our Midst series, so I decided to give his books a chance. The idea of aliens disguised as angels is original, and the storyline is executed flawlessly without plot holes. The characters' motives kept me guessing, and the twists kept me engaged. I've listened to dozens of narrators, and Daniel Wisniewski definitely ranks among my best 5 in terms of performance! The voice is clear and appealing to the ears. I can't wait to listen to the rest of the books in the series as they are written!

an interesting book that I'm on the fence with, I am curious how it plays out.

Interesting story, worth reading/listening to.

Angels or something more sinister? Glorious, powerful beings that suddenly appear on Earth. They certainly are beautiful in form but their actions... not so much. I loved it! Interesting story that kept my attention through the end, I cannot wait for the next book to find out what happens.

This is an incredibly interesting premise and a very well-written story. I was engaged from the first chapter and intrigued to know more. Davis does an amazing job bringing the story to life. This was fun to listen to and really got me concerned about the characters.

Angels coming down and dwelling with man, only they aren't angels and they aren't holy. These beings are pure evil and mankind has to take a stand or be ruled.

The narrator did an amazing job bringing the story to life, well done!