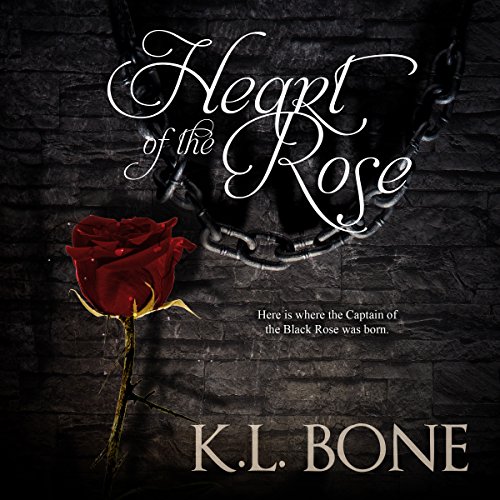 Heart of the Rose

In this sequel to Black Rose, reunite with the captains of the Immortal Guard and witness Mara and Edward at the beginning of their epic love story, which spans more than a millennium of heartache, pain, and undying devotion. When Edward is sent on a mysterious quest by the ruthless queen, 19-year-old Mara - the youngest sub-captain to ever serve the Royal Guard - vowed to await his return, never anticipating decades would pass without word of his fate. The noble captain is taken prisoner by a rival court where he is forced to endure years of brutal torment at the hands of his captors. His life clings to but a single thought - Mara. Refusing to accept that her love will never return, Mara clutches to a hope which defies the bounds of reason. However as years pass, memories fade from comfort to unbearable grief. As Mara prepares to accept the unimaginable loss, a sinister creature of roses and shadow haunts her dreams. Dreams of blood. Dreams of torment. Dreams of Edward. The dark presence lingers, and Mara finds herself trapped in a certainty she fears no other will believe - even those closest to her heart. She must choose between honoring her vows to the immortal courts to which she has sworn her life, and leaving to search for the man who possesses her soul. Dive into the beginning of the tale that shapes the most feared, most loved, and most revered captain in the history of the immortal courts.

I loved it!! I previously read the book and enjoy listening to it! Fantastically done!!

I cannot say enough about this book. I've read it twice and have now listened to this audiobook. It is the most amazing story of powerful, beautiful, endless, and completely unshakeable love between two people that is written so beautifully it makes my heart swell. Mara and Edward are meant to be together always. Unfortunatly for them much stands in their way. Mara and Edward are both captains of the guard sworn to serve their court and the vile Queen Marissa. Loyalty, duty and honor is put before love in their positions always . Edward is sent by the Queen on a mission and is captured. Years pass and Mara is told to move on but cannot. I could go on but that would spoil the story for anyone who has not yet read or listened to this heartbreakingly beautiful book.

KL Bone has fast become one of my very favorite authors and in the genre of Dark Fantasy and Romance I would argue that she is the very best of the best writing today. I highly recommend this book and all the books in the Rose Guard Series. - Michelle West Morrison

Oh, this audiobook!! With Latin used at times throughout the book, having the enunciation and inflection of the spoken word literally transports me into the story.

Book 2 in the Black Rose series

This is a MUST READ!!!!!! Just wow; the second book does not disappoint! In fact, it's more powerful and gripping.

One decision changes the lives of so many during a 25-year time span. A knight lives by a code - "Honor the realm. Always keep your word." In this book we have a deeper look into Edward's life and a trial that he faces. But, sometimes love can make you strong. However, there is a price for failure. Honor comes before everything.

"Some stories begin sad and then get happier after."
"I will always come for him."

Excellently written story. Enjoyed book one and book two added more depth to the story really making this a must listen series!
#audiobookobsessionreviewer

This gives the past story of Mara and Edward.
So much is going on in this story , it's a must listen!
It is emotional, heartbreaking, adventure action and a love story.
Michael Levine and Erin Deward are outstanding narrators.
they did a fantastic performance, telling the story with such emotion. They bring the angst, raw emotion and personality to each character.
🎧audiobookobsessionreview🎧

This book made me really fall in love with Mara and Edward. Watching what they both went through in the 25 years Edward was missing was just gut retching. At times I was so frustrated with the characters for not "doing something" that in today's world would be a no brainer but back them was not "honorable". I freaking hate the Queen!!!! I will always love Aaron!!!!! Once again the narrator does an excellent job bringing the characters to life. # Audio Obsession Reviewer.

This may be the most beautiful story I have ever heard. It is wonderfully written and narrated. I look forward the the next book in this series!
#audiobookobsessionreviewer

I did not think that i liked audio books!
I absolutely love KL Bones writing and all of her books, the Black Rose series is one of my absolute favorites! The audio book of this amazing story did not disappoint! It is spectacular, the different voices for the two characters makes it even more amazing!

If you have not experienced audio books or have had a bad experience, definitely check out this series, they are fantastic!