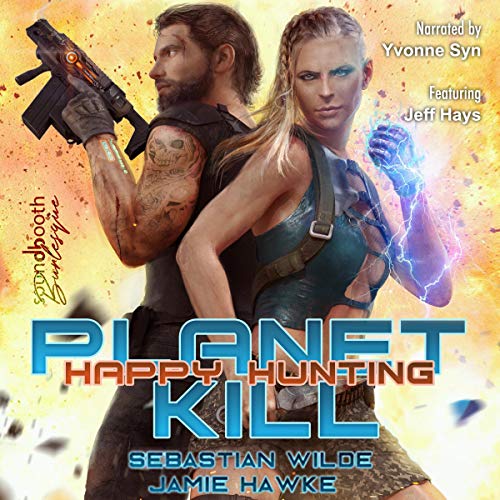 More over-the-top violence, harem fun, and awesomeness as one man fights against a deathly conspiracy and one woman seeks justice.

Letha plans to ascend to Planet Paradise Fourteen, where she will finally have her revenge. If only this planet were everything it appeared to be on the surface, instead of the golden-framed and crystal-distorted mirror image of Planet Kill. They still have their sex parties, their fighting competitions, and even a sport that is in a way a shrine to everything she tried to leave behind. Along the way, she'll find an old friend, meet new lovers, and have her chance for revenge.

Pierce is forming his harem and is now a major player on Planet Kill. He's taking control and saving lives. Only, along the way he discovers that Planet Kill isn't exactly what it appears. There's a conspiracy brewing, one that threatens the nature of humanity.

Warning: This book contains gratuitous violence and adult content, harems, reverse harems, massively oversized members, breasts galore, and ample blood. You might cringe, you will laugh, and hell, you might even cry. We refuse to apologize for any of it.

The Soundbooth Theater team for this production:

What can I say about this book! This is a world I have no reference to and I must view in the context of the world that has been presented to me. Twenty or Thirty years ago I don’t know if I could have dealt with such an violent world scenario even being conversant with ancient cultures. I find the book very interesting and the characters intriguing and the narration excellent! I hope that there will be more books to wrap up the series!

Fun Ride, for adults only