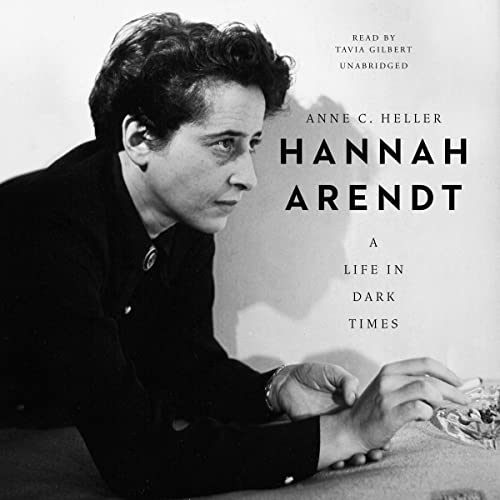 The acclaimed biographer presents “a perceptive life of the controversial political philosopher” and author of Eichmann in Jerusalem (Kirkus Reviews).

Hannah Arendt was a polarizing cultural theorist—extolled by her peers as a visionary and berated by her critics as a poseur and a fraud. Born in Prussia to assimilated Jewish parents, she escaped from Hitler’s Germany in 1933. Arendt is now best remembered for the storm of controversy that surrounded her 1963 New Yorker series on the trial of Adolf Eichmann, a kidnapped Nazi war criminal.

Arendt’s first book, The Origins of Totalitarianism, singlehandedly altered the way generations around the world viewed fascism and genocide. Her most famous work, Eichmann in Jerusalem, created fierce debate that continues to this day, exacerbated by the posthumous discovery that she had been the lover of the philosopher and Nazi sympathizer Martin Heidegger.

In this comprehensive biography, Anne C. Heller tracks the source of Arendt’s contradictions and achievements to her sense of being a “conscious pariah”—one of those rare people who don’t “lose confidence in ourselves if society does not approve us” and will not “pay any price” to gain the acceptance of others.