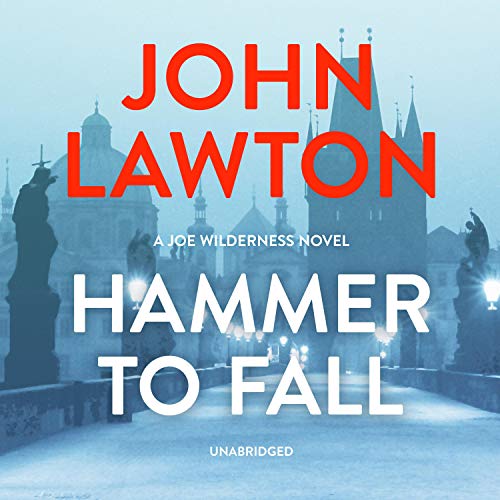 It’s London, the Swinging '60s, and by all rights, MI6 spy Joe Wilderness should be having as good a time as James Bond. But alas, his postings are more grim than glamorous. Luckily, Wilderness has a knack for doing well for himself even in the most unpromising postings - though this has gotten him into hot water in the past.

A coffee-smuggling gig in divided Berlin was a steady money-maker, but things went pear-shaped when he had to smuggle a spy back to the KGB instead. In the wake of what became an embarrassing disaster for MI6, Wilderness is reprimanded with a posting to remote Northern Finland, under the guise of a cultural exchange program to promote Britain abroad. Bored by his work, with nothing to spy on, Wilderness finds another way to make money - this time by smuggling vodka across the rather porous border into the USSR. He strikes a deal with his old KGB pal Kostya, who explains to him there is - no joke - a vodka shortage in the Soviet Union, following a grain famine caused by Khrushchev’s new agricultural policies.

But there is something fishy about why Kostya has suddenly turned up in Finland, and MI6 intelligence from London points to a connection to the mining of cobalt in the region - a critical component in the casing of the atomic bomb. Wilderness' posting is getting more interesting by the minute, but more dangerous too.

Moving from the no-man’s-land of Cold War Finland to the wild days of the Prague Spring, and populated by old friends (including Inspector Troy) and old enemies alike, Hammer to Fall is a gripping tale of deception and skulduggery, of art and politics - a gripping story of the always riveting life of the British spy.

Can't say anything about the book. Audio for each chapter cuts out after a few sentences. Audible, please reload the audio file. Right now, it's impossible to listen to.