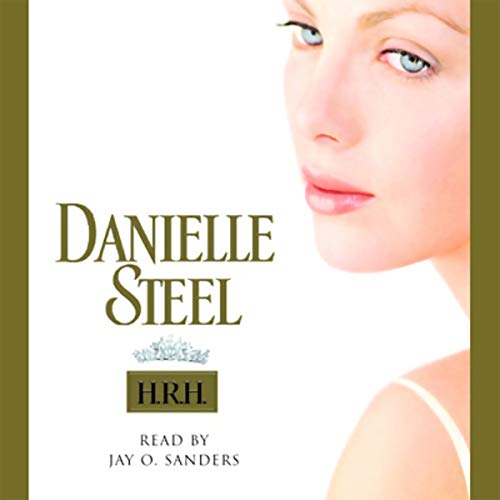 In a novel in which ancient traditions conflict with reality and the pressures of modern life, a young European princess proves that simplicity, courage, and dignity can win the day, and forever alters her world.

In blue jeans and a pullover, Princess Christianna is a young woman of her times: born in Europe, educated in America, worried about the future of the world she lives in, responsible beyond her years. Christianna is the only daughter of the Reigning Prince of a European nation that takes its royalty seriously � and her father has ironclad plans for Christianna's life, a burden that is almost unbearable.

Now, after four years at Berkeley, life in her father's palace cannot distract Christianna from what she sees outside the kingdom: the suffering of children, the ravages of terrorism and disease. Determined to make a difference in the world, she persuades His Royal Highness, her father, to let her volunteer for the Red Cross in East Africa. And for Christianna, a journey of discovery, change, and awakening begins.

Under a searing East African sun, Christianna plunges into the dusty, bustling life of an international relief camp, finding a passion and a calling among the brave doctors and volunteers. Finally free from the scrutiny of her royal life, Christianna struggles to keep her identity a secret from her new friends and coworkers � and even from Parker Williams, the young doctor from Doctors Without Borders who works alongside Christianna and shares her dedication to healing. But as violence approaches and invades the camp, and the pressures of her royal life beckon her home, Christianna's struggle for freedom takes an extraordinary turn. By a simple twist of fate, in one shocking moment, Christianna's life is changed forever in ways she never could have foreseen.

"Steel's fans will be waiting for this one." ( Booklist)

A Story of True Love

Jay Sanders does an outstanding job making the personalities of the characters come to life. A tale of true love and commitment of family, mankind and community. I loved every moment! You may need a box of Kleenex:)

What would have made H.R.H. better?

This book it way to slow

Would you ever listen to anything by Danielle Steel again?

What didn’t you like about Jay O. Sanders’s performance?

This audible book was by far the best I’ve listened to. I was sad when it was over. I was hoping to find out what happened in the rest of her life;when she got married, how the wedding was, and her life while she was married to the doctor. There was so many more untold portions to this book that could have happened or written about.

kept you intrgued through entire story.. giggled. cried..astounded..I think this maybe one of D.S. best story lines yet!!

this book was really good!

I really loved this book!
The narrator was awesome and not boring.
I would recommend this book to anyone.

This book took way too long to get to the point. I actually don't even know what the point of the book was. Hated it!

If you could sum up H.R.H. in three words, what would they be?

I enjoyed this book

Have you listened to any of Jay O. Sanders’s other performances before? How does this one compare?

Someone who likes the fairy princess waiting for someone to rescue her instead of her rescuing herself and making decisions about her life.

Which character – as performed by Jay O. Sanders – was your favorite?

What character would you cut from H.R.H.?

I like Danielle Steel books especially Southern Lights but this one was just bad. The main character just whined about her life instead of taking it by the horns and living it. She had the means and opportunity but didn't look at the chances in front of her. She let life fall upon her instead of living it. The book doesn't start to have any action in it until the end and by that time you don't want to listen to anymore. I understand the HRH was young but this was more of a teenage romance novel than a adult romance novel. I can't even call it a light read because there was so much repetitiveness that it consumed most of the book. Danielle Steel's other books are much better. I would suggest you save your money or credit and use it for another selection.

The story is about princess (of course!), her ideal life and her nice personality. This is the most sickly sweet story I ever listen to. Author repeats the same phrases over and over again. It is very annoying for anybody with decent memory.