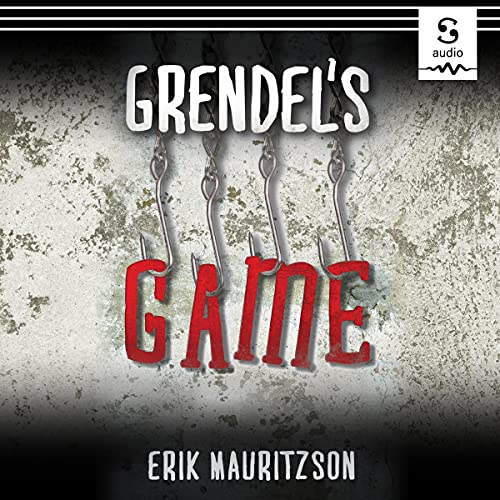 Southwestern Sweden is the site of an increasingly frantic hunt for Grendel, a psychopathic murderer the media will dub "the cannibal killer".

Thirty-year veteran, quirky, overweight Chief Superintendent Walther Ekman, has a difficult choice when he gets a boastful letter from the self-proclaimed cannibal: He can ignore it as a hoax or set about finding him. His intuition tells him there have been multiple murders, even though no bodies have been found.

His friend, psychiatrist Jarl Karlsson, helps him build a profile of a brilliant, homicidal sociopath and warns Ekman that the killer is focused on him. The investigation pursues a twisting path, in the process uncovering Stina Lindstrom, a seductive black widow, her first husband and ex-con accomplice, and a ruthless, adulterous official.

Grendel's taunts have become increasingly personal and so dangerously close to home that Ekman sends his wife, Ingbritt, out of harm's ways. As the push to find the killer accelerates, headline-seeking newspaperman Bruno Haeggman launches a public vendetta against Ekman that can shatter his reputation. Compelled by political pressure to call on Superintendent Garth Rystrom of the National CID for help, Ekman senses the investigation is spinning out of control. As he and his team narrow the field of suspects, a sudden, wrenching confrontation with the killer threatens to destroy Ekman and his family.

In a long career of catching criminals, Ekman has somehow always felt personally invulnerable. Grendel teaches him otherwise by brutally making him a crime victim, and in the process, changes Ekman forever.

The story line is good, narration is not good, overall I rate this a 3.
So difficult to listen to this- the entire first 3rd of the book. By the time we were finally hearing some
good story telling, I liked the narrator's
voice and delivery.
How much of the problem might be
the result of the translation? hummmm. If you are curious and like a good mystery this is Ok.
I'd like to listen to Book 2 if the publisher uses a different translator and narrator.