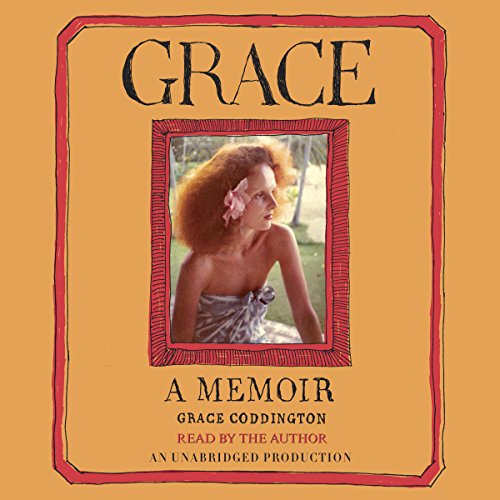 Audie Award Finalist, Narration by the Author or Authors, 2014

Beautiful. Willful. Charming. Blunt. Grace Coddington’s extraordinary talent and fierce dedication to her work as creative director of Vogue have made her an international icon. Known through much of her career only to those behind the scenes, she might have remained fashion’s best-kept secret were it not for The September Issue, the acclaimed 2009 documentary that turned publicity-averse Grace into a sudden, reluctant celebrity. Grace’s palpable engagement with her work brought a rare insight into the passion that produces many of the magazine’s most memorable shoots.

With the witty, forthright voice that has endeared her to her colleagues and peers for more than 40 years, Grace now creatively directs the listener through the storied narrative of her life so far. Evoking the time when models had to tote their own bags and props to shoots, Grace describes her early career as a model, working with such world-class photographers as David Bailey and Norman Parkinson, before she stepped behind the camera to become a fashion editor at British Vogue in the late 1960s. Here she began creating the fantasy "travelogues" that would become her trademark. In 1988 she joined American Vogue, where her breathtakingly romantic and imaginative fashion features, a sampling of which appear in this book, have become instant classics.

Delightfully underscored by Grace’s pen-and-ink illustrations, Grace will introduce listeners to the colorful designers, hairstylists, makeup artists, photographers, models, and celebrities with whom Grace has created her signature images. Grace reveals her private world with equal candor - the car accident that almost derailed her modeling career, her two marriages, the untimely death of her sister, Rosemary, her friendship with Harper’s Bazaar editor-in-chief Liz Tilberis, and her 30-year romance with Didier Malige. Finally, Grace describes her abiding relationship with Anna Wintour, and the evolving mastery by which she has come to define the height of fashion.

"If Wintour is the Pope...Coddington is Michelangelo, trying to paint a fresh version of the Sistine Chapel 12 times a year." (Time)

If you enjoyed The Devil Wears Prada you will like Grace. Her road to the fashion industry and Anna Wintour is interesting and personal. She is funny, insightful and tells her story with both humor and honesty.

Would you listen to Grace: A Memoir again? Why?

Absolutely, she is so charming and her stories are crazy!

I love her delicate English accent!

And Grace Coddington generously tells about her life and her work at British Vogue and American Vogue. I enjoyed hearing the author read her own work.

If you love fashion magazines you’ll love this book.

A beautiful story about one of fashion’s most influential yet unsung heroines who narrates the book with an honest and emotional tone.

Educating for fashion friends, warm hearted and graceful in every way. Absolutely loved it. Well read!

Interesting story, especially if the world of fashion intrigues you

Grace Coddington is a lovely story teller. She has had an interesting career albeit not planned but organically developed

The story of a survivor. Grace's story is engaging while moving at a swift pace. Grace's reading of the text makes it all more captivating; from depictions of London, Paris, and New York through the years to actual names of actual people.

A creative director tells her story

Would you listen to Grace: A Memoir again? Why?

I've already have listened to this 3 times! Grace has some funny, poignant, and entertaining behind the scenes stories. She also explains the inspiration regarding some of the incredible photographs she's worked on. Not only has she had the chance to work with some of the greatest photographers as a model, Grace has also worked with some of top designers, models, artists, and editors.

Grace gives an unapologetic, frank, and honest depiction of how the fashion world actually operates. She explains the changing of the fashion industry through the years. I also appreciated her coming to the defense of Anna Wintour, despite their often contentious relationship.

Possibly the dinner scene with Anna Wintour and the animal rights activist.

If you enjoyed this or would like to see of those iconic images (as well as the other Vogue editors mentioned in the book) I would suggest watching the HBO documentary, In Vogue: The Editor's Eye.

It was beyond expectations. I really enjoyed her fairytale like life story. Having Grace read the book made it that much better.

So very much in love with her. Now I have to find something else to take my time lol #happy