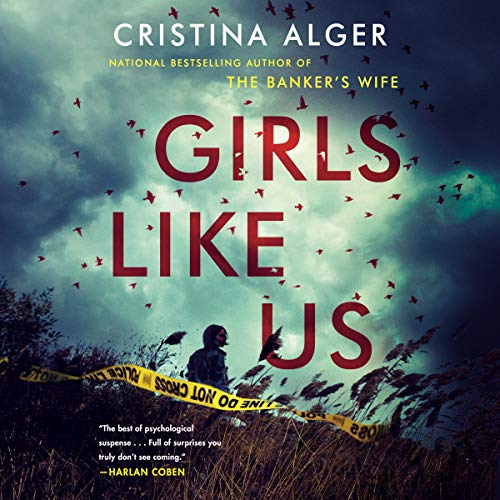 From the New York Times best-selling author of The Banker's Wife, worlds collide when an FBI agent investigates a string of grisly murders on Long Island that raises the impossible question: What happens when the primary suspect is your father?

FBI Agent Nell Flynn hasn't been home in 10 years. Nell and her father, Homicide Detective Martin Flynn, have never had much of a relationship. And Suffolk County will always be awash in memories of her mother, Marisol, who was murdered when Nell was just seven.

When Martin Flynn dies in a motorcycle accident, Nell returns to the house she grew up in so that she can spread her father's ashes and close his estate. At the behest of her father's partner, Detective Lee Davis, Nell becomes involved in an investigation into the murders of two young women in Suffolk County. The further Nell digs, the more likely it seems to her that her father should be the prime suspect - and that his friends on the police force are covering his tracks. Plagued by doubts about her mother's murder - and her own role in exonerating her father in that case - Nell can't help but ask questions about who killed Ria Ruiz and Adriana Marques and why. But she may not like the answers she finds - not just about those she loves, but about herself.

"[Nell] has a vulnerable, empathetic core that will pull readers in, and Alger has a feel for small-town dynamics.... The tension becomes nearly unbearable as Nell realizes she truly can't trust anyone. Readers can expect a few genuine surprises, and the light Alger shines on society's most vulnerable members is an important one. Melancholy and addictive." (Kirkus Reviews)

Lots of twists and turns. This book was recommended by Dana Perino on The Five.. I'm glad I bought it. I will now look for other books by this author.

the story moved right along.

pretty solid character development .
the reader did not read with emotion, so it spoiled the story for me.

Exciting and Poignant and Wonderful

The narrator was horrible! And the story line wasn't much better, I mean seriously by chapter 2 the main character thought her dad was a serial killer??

The narrator doesn’t say any of the first words of the sentences so the story is very hard to follow especially when this is all you can pay attention to. I have the book and only use audible when I’m driving and it’s very clear that the voice reading the book is not saying the first words of each sentence. Either that or it’s edited to clip the first word. Either way it’s very distracting and completely ruins the audible experience.

I enjoyed the story but Kyla Garcia reads in sentences, not in emotion or feeling.

Really enjoyed this book! The content, the intrigue, and the substance were fantastic. Narration was wonderful too!

I didn't want it to end.

I love a book that gets me so tangled up in that I can't put it down, but at the same time I don't want it to end. This was one of those. The author did an excellent job, as did the narrator. Great book.

Edge of your seat

If you like twisted crime stories this is your book. The story keeps you on the edge of your seat

Fantastic story and narration. It is a page turner that holds your attention and is full of suspense.