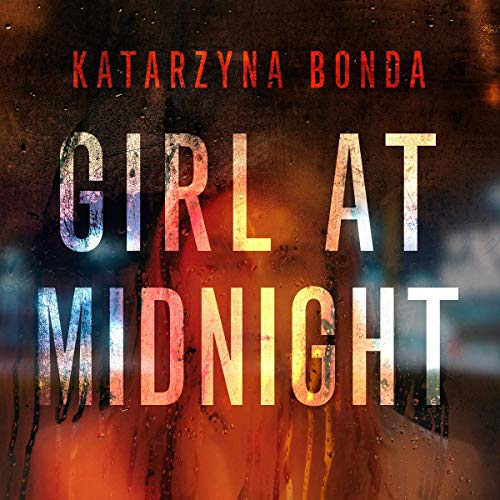 For seven years, Sasza Zulaska has lived with her little girl in the north of England. Far from her previous job as an undercover cop, far from her dependence on alcohol and the traumatic case that made her flee from the police, her family and her native Poland.

But now she is coming back.

This time, Sasza is looking for a quieter life. She has studied to become a psychological profiler, and she soon picks up a freelance job to check out some threats made against the owner of a nightclub.

But no sooner has Sasza visited the club than a man is murdered there, and Sasza finds herself drawn back towards the world she left behind.

The dead man is a musician - famous for one song in particular: 'Girl at Midnight'. Both the song and the crime seem to be connected to a double tragedy of years before, when a brother and sister both died on the same day.

Now Sasza Zulaska must follow a crooked, complex trail from a violent past to a more sophisticated criminal present, in which the gangsters have corrupted every level of society.

Girl at Midnight has sold over a million copies in Poland, and Katarzyna Bonda has become her country's undisputed Queen of Crime.

As Sasza struggles with her internal demons, the world outside her window plays everything but nice. After listening to Book One, I must listen to it again because an intricate plot is presented here, one that weaves criminal, emotional, regional, cultural threads together into a tapestry of brutal fictional reality.
I do encourage the author and her publisher to have Book Two of Sasza's story recorded in English by the same narrator and offered to listeners on Audible. Sasza has grit where other female crime investigators just have glitter.

Pass this one up.

This book is all over the place and goes nowhere. I suffered through 8 hours hoping it would get better before I gave up. I just don't care anymore what eventually might happen. I love long stories and I really wanted this to be a good one!