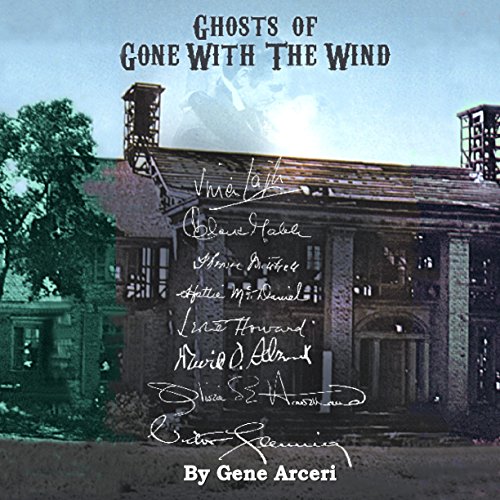 Ghosts of Gone with the Wind

Ghosts of Gone with the Wind

Many of the details in this audiobook you may have read elsewhere. On the other hand, many more are untold stories. If it were not for Francis Stacey, Eric Stacey's widow, this book would not have been made. For it was Fran who wanted, encouraged, and supported the story about a special man in a magical time. Eric Stacey from Ramsgate (Kent) England, an assistant director, who was often relegated to the sidelines as a traffic cop, and his ultimate work seen in Gone with the Wind. As its producer, David O. Selznick wrote (December 5, 1942) in part, "...[Stacey's] activities were those connected with Gone with the Wind, a picture making extraordinary demands on [his] position." In retrospect, there seems to be a certain element of fantasy, paranoia, artifice, and illusion in these recollections. Except for the apparitions that haunted the cast and crew of the film to the end of their lives. Native New Yorker Gene Arceri began his career with various theatre enterprises at the Lincoln Center and elsewhere. He now resides in San Francisco, where he is a multi-media personality. Arceri's books on Elizabeth Taylor, Susan Hayward, Betty Hutton, and "Charlie of Nob Hill" have been well-received worldwide, as has his column for the past 10 years for Jo Lee Magazine on the internet.

I was looking for anything GWTW-related to listen to, and even though this one is short, it was worth the credit. I loved hearing the anecdotes and brief biographies of the major cast and crew.