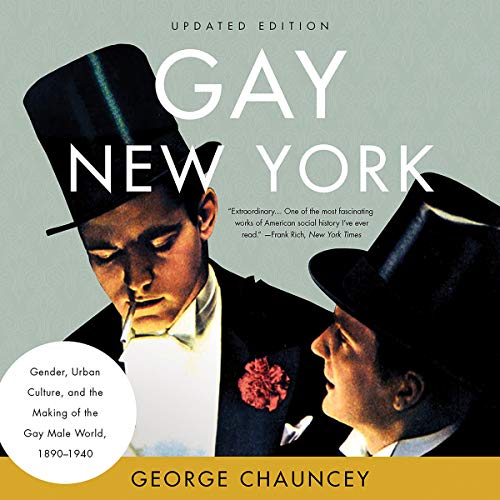 The award-winning, field-defining history of gay life in New York City in the early to mid-20th century

Gay New York brilliantly shatters the myth that before the 1960s gay life existed only in the closet, where gay men were isolated, invisible, and self-hating. Drawing on a rich trove of diaries, legal records, and other unpublished documents, George Chauncey constructs a fascinating portrait of a vibrant, cohesive gay world that is not supposed to have existed.

"It's the fun, more than anything - the pleasure, the parties, the high jinks, the sex, and, yes, the love that gay men bear one another - that shines through so brightly...[a book of] erudition, discernment, sympathy, and wit." (New York Observer)

"The impact made by this richly textured study is powerful." (Publisher's Weekly)

"Even if you are not a devotee of theory or history, you will want to read Gay New York for its profusion of anecdotal detail - its coordinates of a Gay Atlantis, a buried city of Everard Baths, Harlem drag balls, and Vaseline alley. Chauncey has found evidence of a gay world whose complexity and cohesion no previous historian dared to imagine." (Wayne Koestenbaum, Los Angeles Times)