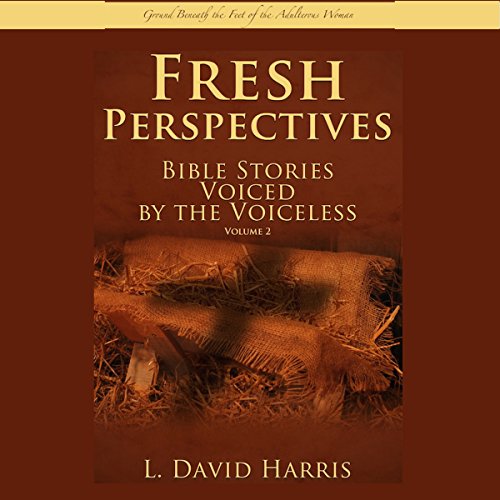 Fresh Perspectives - Bible Stories Voiced by the Voiceless: Ground Beneath the Feet of the Adulterous Woman

The Bible is chock full of stories and object lessons that we can apply to our daily lives. And, there are a great many incredible commentaries, storybooks, Bible study aids, and other resource material that help elucidate what has been written. However, there are few, if any, that give voice to the voiceless in these stories. For example, have you ever wondered how the story of Jesus' birth would have been understood if the manger where he was swaddled were given a voice with which to speak? How would it have described the scene of the very weary Mary, having been shuttled from place-to-place in need of rest, as she and Joseph were shown the only place available for the birth of Jesus? How would it have described the privilege it had to cradle the King of the universe in contrast with the water and animal feed it had been accustomed to containing? Would it have had an opinion concerning the fact that the most honored child was dishonored by being relegated to a place designated to shelter beasts?

Fresh Perspectives: Bible Stories Voiced by the Voiceless, Volume 2, part of the Endless Book Series, takes on the perspective of the "ground beneath the feet of the adulterous woman" written of in John 8:1-11. The Lord has much to say to all in the story of an adulteress, and the ground can give us a fresh perspective.