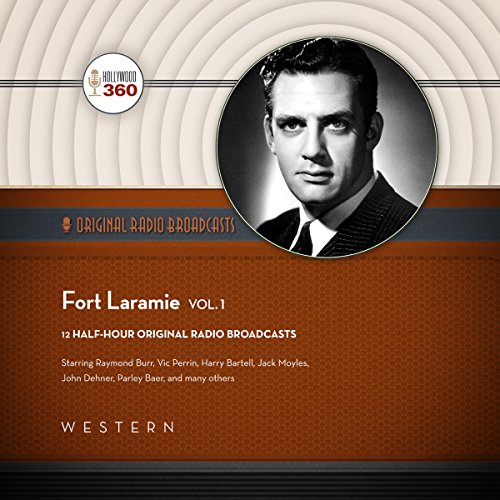 Fort Laramie was an adult-oriented Western radio series that aired Sunday afternoons on the CBS radio network in 1956. Produced and directed by Gunsmoke's Norman Macdonnell, this realistic Western drama depicted life at Fort Laramie, an important stop on the Oregon, California, and Mormon Trails as well as a staging point for various military excursions during the 19th century.

In 1849 the fort was taken over by the United States Army to protect the many wagon trains of migrant travelers on the trail. The fort was located across the North Platte River from the town of Laramie, at the mouth of the Laramie River, in Wyoming Territory.

These 12 exciting episodes aired in February and April 1956 and include: "Squaw Man", "The Woman at Horse Creek", "Boredom", "The Captain's Widow", "The Shavetail", "Hattie Pelfrey", "The Beasley Girls", "The Coward", "The Lost Child", "Stage Coach Stop", "The New Recruit", and "Capture".