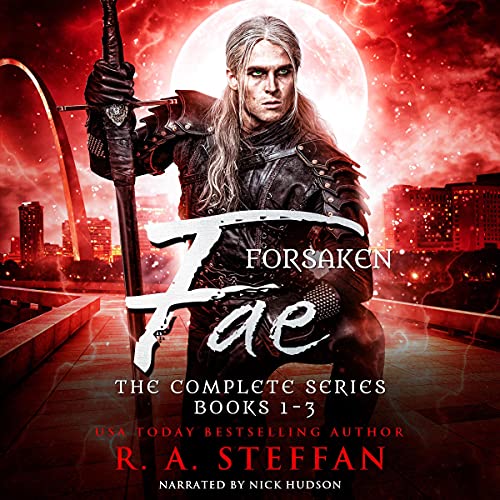 There's an unconscious Fae drooling on Len's couch.
That's not even the weirdest thing to happen to him this week.

Len's been told that not all Fae are scheming, manipulative pricks. A moot point, since this one definitely is - he knows that much from bitter experience.

So, when his vampire ex-coworker dumps Albigard of the Unseelie on Len's doorstep, he gives her two hours to find a better hiding place for the Fae fugitive before tossing him straight to the curb with the rest of the garbage.

He should have known better, of course. Because if there's one thing Len's learned since being thrown into the deep end of the seedy paranormal underworld, it's that nothing is ever so simple.

Now he's on the run from a cataclysmic primal force trying to tear its way into the human realm, stuck with an annoying bastard who already knows way too much about the inside of Len's messed-up head. The first time he met Albigard, Len punched the Fae in his too-perfect face. This time, they'll have to learn to work together - or risk having their souls torn apart and consigned to the void, with the rest of humanity facing the same fate soon after.

The Wild Hunt has slipped its chains.
Darkness is coming for the world.

Forsaken Fae is a slow-burn M/M urban fantasy trilogy. It's set in the same world as the best-selling series The Last Vampire and its other spinoff, Vampire Bound. Download the complete series boxset today, and enter a world shared by humans, fae, demons, and vampires. It’s a place where the supernatural threatens the mundane, nothing is as it seems, and enemies must overcome their tangled pasts in order to save the future.

I thoroughly enjoyed this series, particularly the last book...for reasons you will understand once you have read the book. Len and Albigard are an awesome pairing and I can so relate to the needs of release presented by Albigard and Len's ability to sense the need was intense. Really enjoyed this story.

loved Nick Hudson! New to me, story wasn't either! All 3 of them !

this romance was just right i dont normaly love m/m books because very often there citchy or over powerd by sex, but this was an epic romace to last through time i loved hearing about old and new friemds i loved tinkerbell and the way he opend homself to the love of an amazing guy lile len, i cried sad and happy tears for them in this truely unforgetable story. i dont even know what more to say on my part i loved it so much i'm going in for a second listen right away i just cant let go of them yet and i cant wait for the next masterpiece R.A Steffen comes up with.