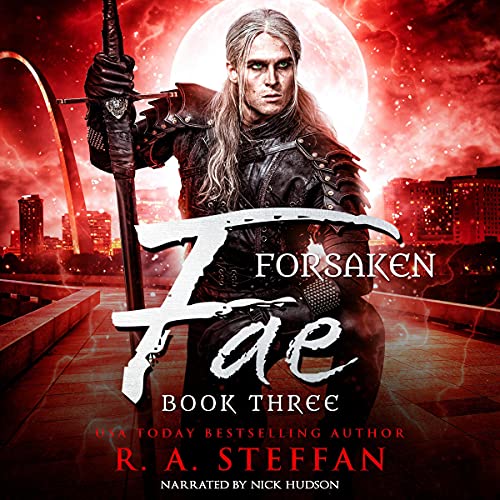 Some people just want to watch the world burn. Unfortunately, those people seem to be in charge right now.

Trapped at the mercy of a corrupt Fae Court, Len and Albigard must overcome their harshest challenges yet in order to stop the Wild Hunt and retrieve their friends' lost souls. Albigard's father seeks to use his estranged son as a weapon against their enemies, the demons. And apparently, he's not bothered by the idea of entire worlds becoming collateral damage in his endless war.

Meanwhile, the pair's only potential allies reside among the dregs of fae society. The Forsaken - outcasts condemned by the Court - carry a terrible secret regarding the magical imbalance decimating the Fae realm of Dhuinne.

If the three worlds are to survive, Len and Albigard must tame Dhuinne's dark heart before everything around them falls into ruin.

Forsaken Fae is an M/M urban fantasy trilogy. It's set in the same world as the best-selling series The Last Vampire and its other spinoff, Vampire Bound. Download book three today and enter a world shared by humans, fae, demons, and vampires. It’s a place where the supernatural threatens the mundane, nothing is as it seems, and enemies must overcome their tangled pasts in order to save the future.